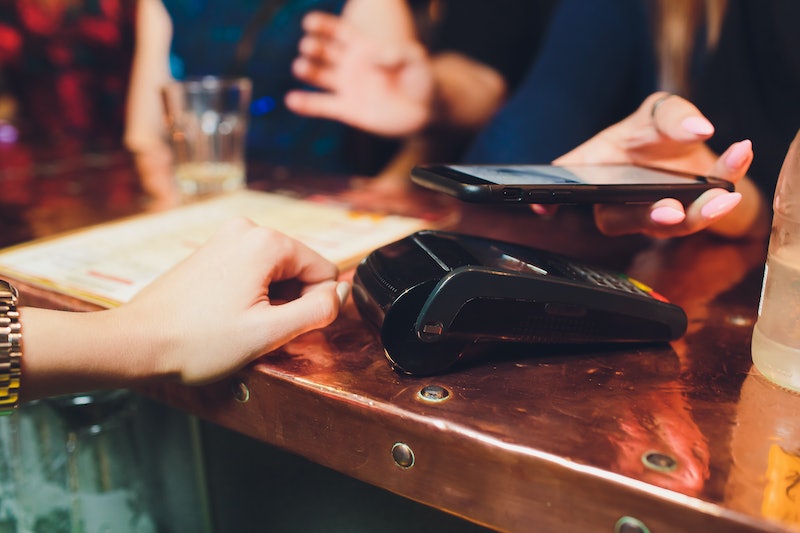 When people talk about domestic abuse or coercive control, finances may not be your first thought. But if you’ve ever lost your bank card or had your purse stolen, you’ll know the sinking feeling in your stomach when you no longer have access to your money. Economic freedom is such a massive part of having control in your life, which is why it's so important to understand what financial abuse is. According to research conducted by Womens Aid, nearly a third of domestic abuse survivors their access to money was controlled while in the relationship.

While it may not be the most talked about form of abusive behaviour, financial abuse is often closely linked to domestic abuse more generally. The charity, Surviving Economic Abuse describes it as a range of behaviours including interfering with or sabotaging a partner’s education or employment, insisting that partner’s wages are paid into the perpetrator’s bank account, preventing a partner from claiming welfare benefits, or denying a partner's access to personal or joint bank account. It could also be making a partner ask for money or telling them how to spend it, refusing to contribute to household bills, and making someone work for free. Economic abuse is classed as a form of domestic abuse because it takes away the freedom of a person in a relationship.

Economic abuse can seriously limit your choices and access to help and safety. So NatWest and the charity SafeLives have worked together to highlight the signs of financial abuse and what you can do if you or someone you know is in that situation. It may seem like no big deal but if a friend starts canceling plans or asking to borrow money and being cagey about why they may need it, it could be a sign that something's wrong. Relationship counselling service Relate explains in a post: “the way in which the other person is affected is crucial. If their self-esteem or ability to control their finances is seriously impacted, then it’s likely that an abusive pattern has formed.”

Similarly, if you notice a friend or family member has started to constantly ask for receipts and panic when they're not provided, or keep purchases secret from their partner, it could suggest that they feel control has been taken away from them. Dramatic changes to shopping or working patterns are also red flags, according to SafeLives. If someone you’re close to you quits the job that they love with no explanation, this can also be a sign that something is wrong. NatWest’s new in-house financial abuse specialist Kim Chambers explains, “if you think someone is affected by financial abuse, encourage them to contact their bank. A lot of people might not think to get in touch, but that’s one of the easiest ways to start repairing finances. At NatWest, we have teams available for telephone and video appointments and will support customers on an individual basis to fully understand their situation and what support they need from the bank.”

Like every form of abuse, be it verbal, physical, emotional, or economic, having your money restricted can have very real consequences for you. Women's Aid spoke to 72 survivors of financial abuse in 2019. A third said they had to give up their home as a result of abuse, nine said they ended up homeless, almost half said they ended up in debt, and a quarter said they lost sleep worrying about it, over half said that after they left their abuser they felt their ability to work was negatively impacted.

When you don’t have access to a bank account or money it can make it difficult to leave an abusive partner. NatWest has recognised the role that banks can play in helping people in tough financial situations. Natwest’s financial abuse specialist Chambers says, “we provide lots of services aimed at helping customers affected by financial abuse that can be tailored to their individual needs. For example, opening a new bank account for customers using confirmation from a charity, GP or refuge, or removing the requirement for both parties to be present to remove names from a joint account.” Similarly, The National Domestic Violence Helpline is a discrete 24/7 freephone number manned by staff who can talk you through your options.

Financial abuse is often invisible and can be super isolating for victims. According to research conducted by the Co-operative Bank one in five adults will experience it within a relationship but one third of financial abuse victims suffer in silence, telling no-one. Speaking out can feel impossible but getting the support you need is crucial.