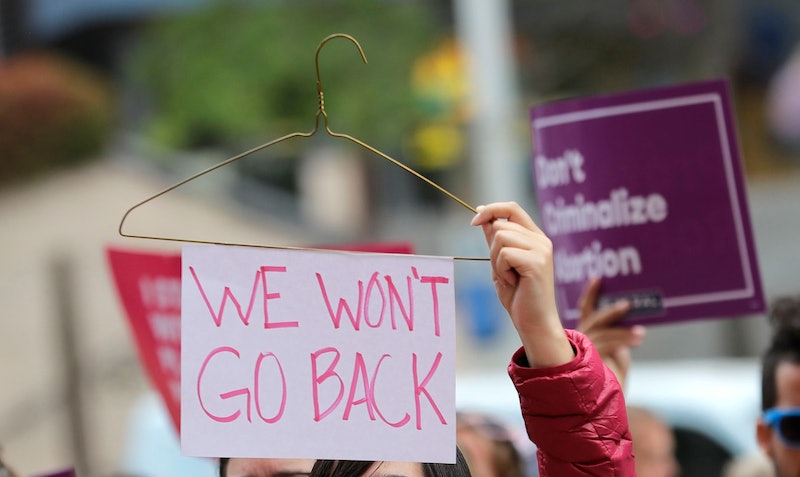 A slew of states have recently passed six-week abortion bans, and in Alabama, state legislators are working on an even more restrictive bill. You might be feeling hopeless and powerless in a situation like this, but one important thing you can do right now is to find out how to support abortion providers in states with six-week bans already on the books, because that's where reproductive rights advocates will need you the most.

While Georgia's six-week abortion ban has been grabbing headlines in the past week, it's far from the only state that's passed that law. These so-called "heartbeat bills" ban abortion after the first signs of cardiac activity can be detected in the fetus, as HuffPost explained, but the fetus doesn't have a fully-formed heart at that point, and there's still a high probability of miscarriage. More importantly, though, many women don't even know they're pregnant at six weeks in — so if these laws are allowed to go into effect, many women will be completely blocked from getting abortion care in their home states.

Besides Georgia, the other states with these bans on the books are Ohio, Mississippi, Kentucky, Iowa, and North Dakota, according to New York Magazine. Here's what you can do to help people working to provide abortions in those states.