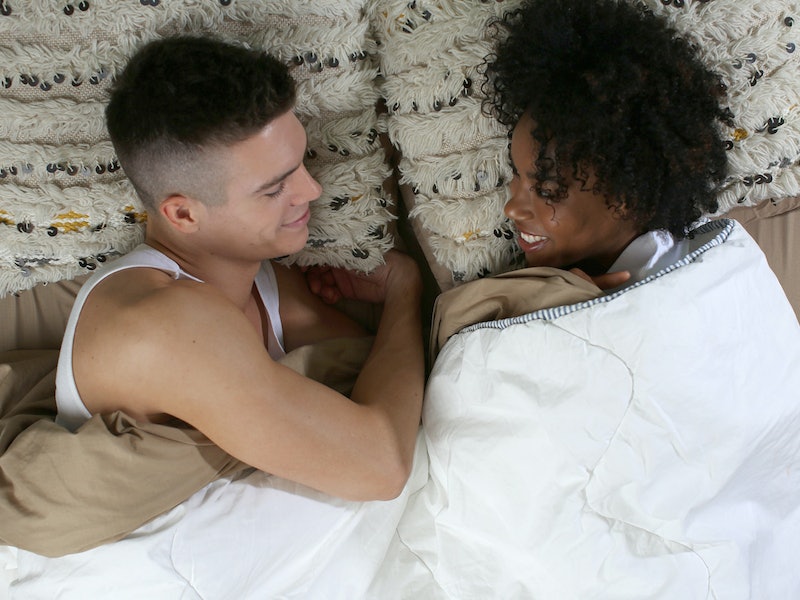 A recent Reddit thread describes a situation that way too many straight women are familiar with. A 30-year-old woman describes her partner not making an effort to make her orgasm and assuming sex has finished when he has. This scenario is emblematic of why the orgasm gap — the tendency for straight men to orgasm more than straight women — exists. Male orgasm is too often deemed synonymous with sex, while female orgasm is deemed optional.

"The orgasm gap isn’t simply a matter of anatomy or what’s between your legs. It’s more likely a matter of who’s in the room and what you’re doing," Astroglide's resident sexologist Dr. Jess O'Reilly, tells Bustle. "It’s partnered sex (with men) that can often delay the process — and that’s OK, because it’s not a race. Women who have sex with women are also more likely to reach orgasm than women who have sex with men, which indicates that switching up the way in which we have sex might be one effective approach to address the orgasm gap."

U/Anonymouseroo asked other Redditors for advice on bringing this issue up with her partner, and there were actually a lot of great suggestions. Here’s some advice that might be useful to you if you’ve fallen victim to the orgasm gap.

More like this
This Company Will Send STI Tests Right To Your Door
By Lexi Inks
Do I Have To Tell My Crush That I Slept With Her Ex?
By Sophia Benoit
Bumble's "Compliments" Feature Lets You Message Before You Match
By Lexi Inks
Are Capricorn & Aquarius Compatible In A Relationship? Astrologers Weigh In
By Kristine Fellizar
Get Even More From Bustle — Sign Up For The Newsletter