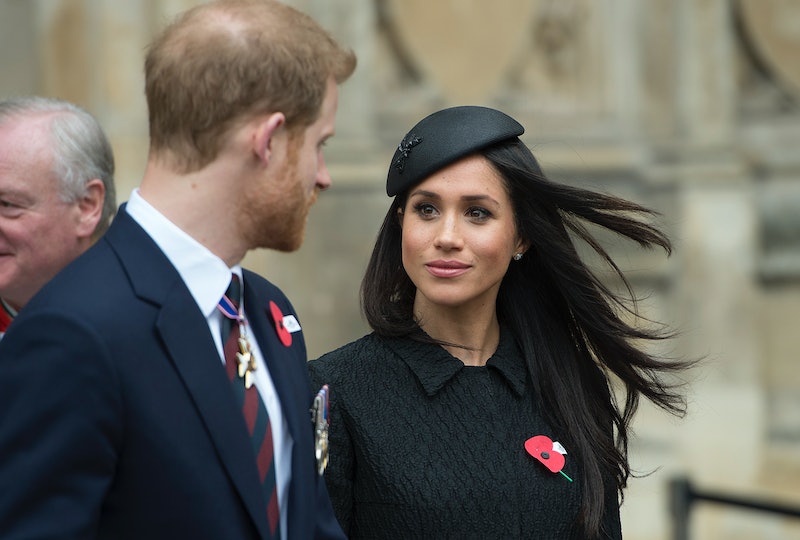 We're inching ever closer to the day Prince Harry marries Meghan Markle, on May 19 at St. George's Chapel in Windsor, England. It feels like just yesterday Kensington Palace announced the couple were engaged — in reality, it was only six months ago, which is an wildly short amount of time to plan a wedding, but time moves differently when you're a royal and have an army of royal planners to do the work for you. The ceremony starts at noon, U.K. time, which is early over here. So how do you wake yourself up for the royal wedding if you're watching from the U.S.?

Like the 2011 wedding of Kate Middleton and Prince William, Harry and Markle's wedding will be televised, which means we here in La Belle America will be able to watch one of our own tie the knot with the Hot Ginger Prince (don't @ me) firsthand. This is great news for folks who've been crafting their wedding party tiaras and tea sandwiches since Markle and Harry went on their first date, but it is bad news for people who go to an early Pilates class on Sundays and like to spend their Saturdays sleeping in, a.k.a. me. Noon in England is 7 a.m. on the East Coast, and 4 a.m. on the West Coast, and if you want to spot Markle in full wedding dress before the ceremony takes place (and get a glimpse of all the hats people are going to be tweeting about on the way in), you'll have to get up even earlier. Those scones won't bake themselves! Here are some tips to pop yourself right up and in front of your TV.