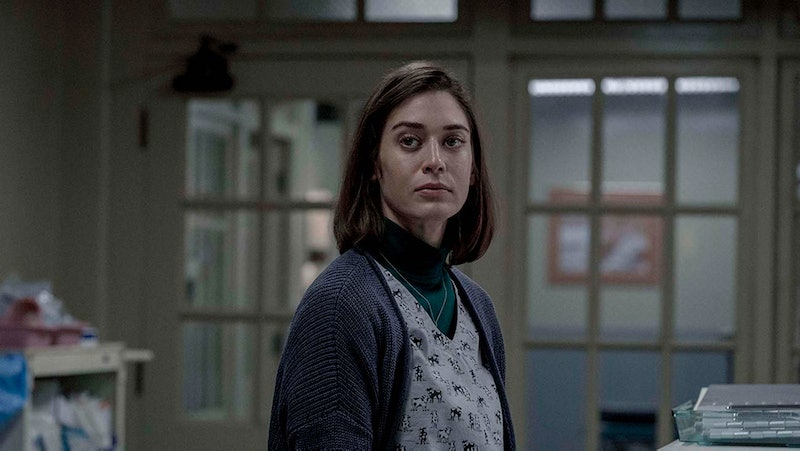 Horror has always been a big crowd pleaser, and one man whose name has become synonymous with the genre is Stephen King. So when Hulu went on ahead and created a show that took a little bit out of lots of his work and made a spooky televisual patchwork quilt, fans were delighted. But what I want to know is how to watch season two of Castle Rock in the UK. Season one came out on Amazon's Starzplay, but will season two follow suit? And, if so, when?

I contacted the press team at Hulu for any news on this and will let you know if and when I've heard back from them.

However, as of now, it appears that only the first season is available on the streaming service. And TBH, it only became available on this side of the pond months after it premiered in the U.S. Meaning a wait is likely.

If you're not familiar with Starzplay, it's a bolt-on streaming service available with Amazon Prime Video and has a whole host of TV shows from the U.S. that are tough to find online. Including The Act, Harlots, and, of course, Castle Rock Season One.

The show has proved a massive hit with fans, but who's surprised there? Because not only does this show tie in multiple elements of King's universe but, you guys, the cast is pretty damn great too. All centred in the mythical town of Castle Rock, this show is psychological AF.

The second season is due to centre around Annie Wilkes, the character made famous in Misery, who will be played by Janis Ian herself, Lizzy Caplan. Caplan spoke to GQ about the role and explained that she was well aware of the boots she had to fill, with Kathy Bates having won an Oscar for her performance of Annie in Misery:

"I'm obsessed with Kathy Bates in that movie, it was part of the reason why the idea of taking on this role was... completely terrifying in the best way. I don't think anybody could be more Annie Wilkes than Kathy Bates."

But, I mean, if anybody can be as scary as Bates in Misery, it's Janis Ian, am I right?

More like this
'The Last Of Us' Has Officially Been Renewed For Season 2
By Darshita Goyal
Rupert Grint Just Shared A *Major* Update About Ron Weasley’s Future
By El Hunt
Yes, 'The Price Of Glee' Is Available To Watch In The UK
By Catharina Cheung
Mollie Gallagher Has A Deeply Personal Reason For Taking Up Skating
By Maxine Harrison
Get The Very Best Of Bustle/UK
Sign up for Bustle UK's twice-weekly newsletter, featuring the latest must-watch TV, moving personal stories, and expert advice on the hottest viral buys.