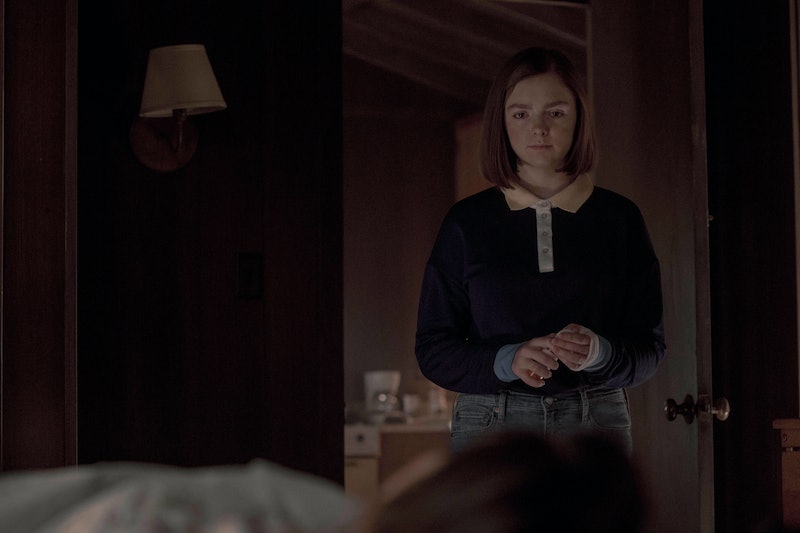 Spoilers ahead for all of Castle Rock Season 2. Castle Rock Season 2 may only be loosely connected to Season 1, but it still has plenty of Stephen King Easter Eggs. In the three episodes released thus far, it primarily draws from three of King's novels: 1991's Needful Things, 1975's Salem's Lot, and 1987's Misery, the last of which is most prominent, considering Season 2 follows Misery villain Annie Wilkes (played by Lizzie Caplan). However, the story unfolds before the events of Misery, instead functioning like a prequel.

Season 2 also features Pop Merrill (played by Shawshank Redemption's Tim Robbins), a character mentioned in Needful Things, as well as his nephew Ace, who is a major character in Needful Things but may be best remembered as the antagonist of the movie Stand By Me, based on King's short story "The Body." Finally, Season 2 introduces the neighboring town Jerusalem's Lot, also known as Salem's Lot, which is a King novel about vampires.

Like Season 1, there are some meta references too. The Castle Rock opening credits highlight pages from King's works that inspired the series. As for the rest of the Easter eggs, here's a detailed breakdown (which will be updated throughout the season).

More like this
Netflix Shut Down 'Bridgerton' S3 Rumours About A “Very Dark” Storyline
By Bustle
'The Queen’s Gambit' Season 2 Tweet Wasn’t From Anya Taylor-Joy
By Mary Kate McGrath, Jack Irvin and Grace Wehniainen
6 'Happy Valley' Easter Eggs You May Have Missed
By Sophie McEvoy
Wait, Is 'Happy Valley' Not Actually Over?
By Darshita Goyal
Get Even More From Bustle — Sign Up For The Newsletter
From hair trends to relationship advice, our daily newsletter has everything you need to sound like a person who’s on TikTok, even if you aren’t.