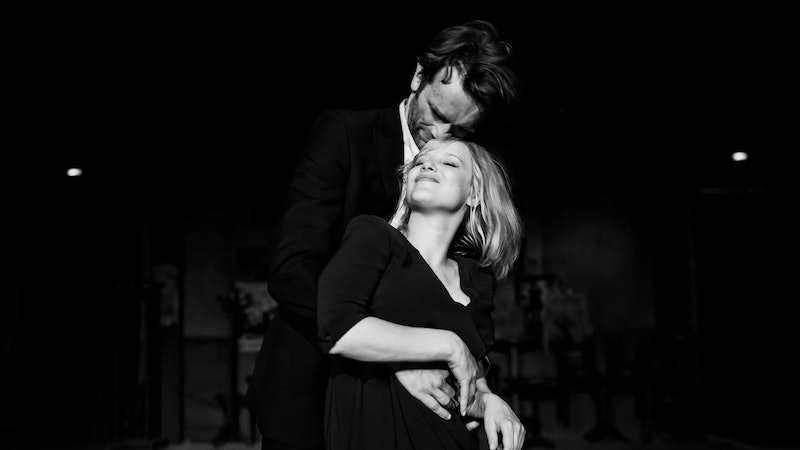 If you're a die-hard film fan who makes sure to keep up on world cinema, odds are you're already familiar with the short list of Best Foreign Language Film nominees for 2019. Best Director is usually a nod to mainstream (usually American or British-made) movies that have gotten buzz and plenty of publicity through the year, so when those nominations are finally named, they're not much of a surprise. UK-based Polish filmmaker and documentarian Pawel Pawlikowski's tumultuous black-and-white romance Cold War, which follows two lovers and song-makers across Europe and through their lives is nominated for Best Director, Best Foreign Language Film, and Best Cinematography. Whether you've been eagerly awaiting the film or your curiosity's just been raised, here's where to stream Cold War now that it's gotten the official Hollywood nod of approval.

Unfortunately if you're not lucky enough to live near one of the major metropolitan cities or arthouse areas where the film is still screening in theaters, you'll have to wait a bit to see Cold War. Though it's listed as available to stream on Tubi, the Cold War listed on their site is a different 2018 film with the same name about a small case of the sniffles turning a household upside down. That's quite different from a stark, turbulent love story taking place across Europe and decades, which as website Switch notes was dedicated to and inspired by Pawlikowski's own parents' relationship. And though the film was released by Amazon, it's not available on Prime until March 22.

The film is currently streaming on service Curzon, which is compatible with a number of digital streaming TVs and interfaces, but its only available in the UK and Ireland. As the streaming service arm of an independent cinema chain, their whole MO is offering reasonably priced indie movies to wider audiences soon as possible, so it seems the best bet to try for those in that coverage area. Unfortunately, it's no help for American audiences.

But surely Tuesday morning's announcement will make Cold War even more in demand. Though Pawlikowski's 2014 film Ida, about a young woman set to become a nun who learns her family was Jewish and sets out on a road trip with her aunt to explore their history, previously won the award for Best Foreign Language Film, it's rarer for a director to get nominated (and win) on the strength of a foreign film. Even nominees that were generally popular or featured Hollywood stars, like 2000's Crouching Tiger, Hidden Dragon or 2006's Babel (featuring Brad Pitt and Cate Blanchett) didn't walk away with Best Director. And yet this year, Pawlikowski's up against fellow Foreign Language nominee Alfonso Cuarón for Roma.

It's stiff competition, considering in 2013 Cuarón became the first Latinx director ever to win for his 2013 American-made film Gravity, and Roma is also up for Best Picture. Then again, fellow Mexican director (and IRL friend) Guillermo del Toro won last year's Best Picture with a fantasy film about a fish-man romance; sci-fi and fantasy have often been utterly snubbed by the Academy, so all bets seem off.

To describe Cold War as a period piece where a professional finds and attempts to mold a young singer might get it mixed up with yet another picture, fellow Best Picture nominee A Star Is Born. But Cold War's historical backdrop on both sides of the Iron Curtain traces a dark history without showing either in too glowing a light, while following its protagonists as they're shaped less by each other than by the people and places they're surrounded by. Singer Zula shines brightest when singing the openly earnest songs of her Russian homeland, but musical manager Wiktor takes the first opportunity to escape after their choral group is tapped to sing in divided Berlin. Their separation is as much emotional as physical — the two later meet in Paris, but the decadent jazz scene Wiktor's immersed in leaves Zula cold.

If you're a die-hard Oscar completist who lives in the US, you'll have to hope the film's buzz gets it a wider screening at a theater near you.