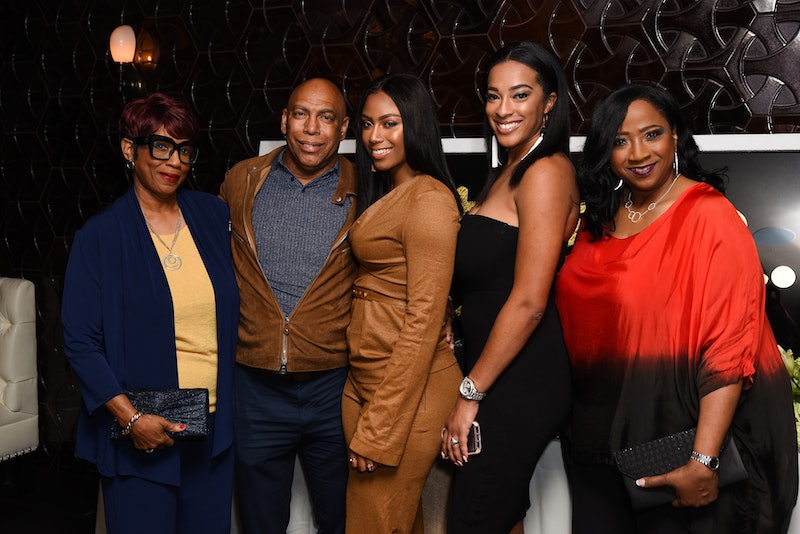 Lauren London is low-key one of TV's best actors, and she certainly proves her worth as the lead in BET's new show Games People Play. Based on Angela Burt-Murray's novel Games Divas Play (that title might give you a bit more insight into the type of drama that goes down on the show), the show is injecting some serious sex appeal into TV, and I couldn't be more here for it. Which leaves only one question, how can you watch Games People Play in the UK?

According to The Futon Critic, the show premiered on US network BET on April 23, and as it turns out you can watch some of the network's shows in the UK on BET International (Sky channel 173), Games People Play. As per its Twitter episode are airing at 10 p.m. on Thursday nights.

In terms of catching up, as the first few episodes have aired, at the moment, I reckon keeping an eye on BET International might be your best bet (sort of pun intended), as BET shows aren't often exported onto Netflix, nor will you find many on Amazon UK. So you might have to keep your fingers crossed for some repeats.

Your patience should go duly rewarded — if Games People Play does decide to haul itself over to the UK, anyway — since it has all the makings of a high-octane, escapist drama. As Entertainment Weekly writes, the show sees London playing Vanessa King, "a woman who married her high school sweetheart," named Marques King, who's played by Good Trouble's Sarunas J. Jackson. Their marriage then goes real sour real quick, as King finds ultra success as a professional basketball player, and begins to be unfaithful.

As one of BET's reps explained to EW, the series is purportedly: “A sexy, stylised drama about the L.A. high life, where everyone plays to win. A desperate basketball wife trying to protect her family, a tenacious journalist struggling to rebuild a tarnished career, and a scandalous groupie looking to become a star, find it's murder trying to stay on top.”

I reckon all of the above is something that TV dramas here in the UK are lacking a little bit at the moment. So, if all the promised stylishness, sexiness, and drama doesn't make you want to convince BET International that they should bring the series to the UK, then I don't know what will. But whenever it does happen to make its UK debut, you'll find out very quickly that it's a drama which really sizzles.

It's also given London the opportunity to take on a role that required some life experience, much to the actor's appreciation, as she told Essence: “This was a broken wife and a woman and I feel like I’m 34, I have kids and I have lived some life that I can put into this.” And Games We Play is bound to give you all that life back.