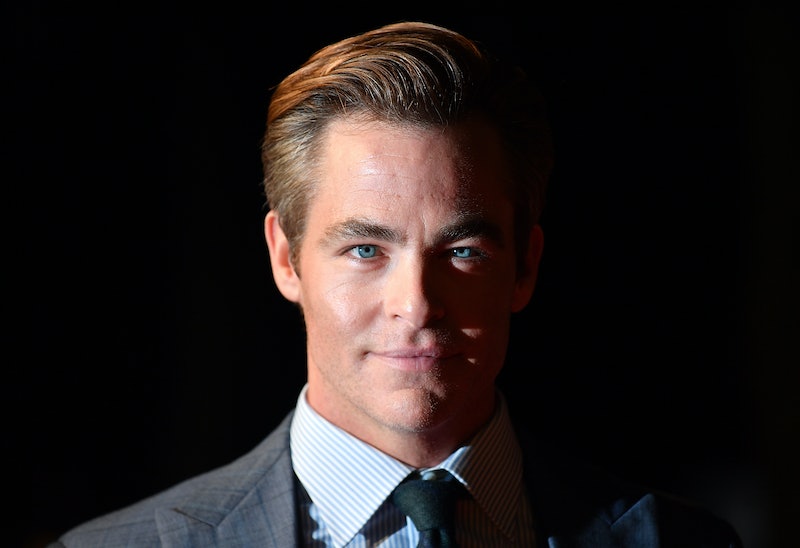 Nowadays, TV's been elevated to the point where it's prestigious and outlandish enough to rival the big screen. Actually, it's getting increasingly difficult to tell the two apart. With big directors and big film stars taking to the smaller screen, TV is getting increasingly epic. That's certainly the case with new series I Am The Night starring Chris Pine. It's been getting a lot of attention after its premiere on US network TNT, but I don't think that you should have to be in the US to get a slice of the action. So how can you watch I Am The Night in the UK?

The show sees Fauna Hodel (India Eisley), a teenage girl who was abandoned at birth, trying to uncover her mysterious origins. When she delves a little deeper, she makes some seriously creepy discoveries. No, Chris Pine isn't one of them. He's just a ruined reporter she meets along the way. He ends up following the sinister trail to what might be Fauna's origin — a man involved in one of Hollywood's darkest and most unsolved crimes.

The show premiered on TNT on Wednesday, Jan. 28, Den of Geek reported, and unfortunately, you might have to wait a while before you're able to stream it in the UK.

You can, however, check out the show's trailer here, in order to whet your appetite even more. In the show's spirit, you'll just be making the wait to watch the show even more tense. The site UK Air Dates currently has the show's air date listed as "TBA," and confirms that a UK broadcaster has yet to scoop up the show. You can find out when that status changes by liking the UK Air Dates Facebook page, which'll inform you when you're able to watch.

But from all the praise this show is getting, I think it's only a matter of time before a British broadcaster gets their hands on it. Following the season premiere, Esquire wrote: "I Am the Night continues to prove Chris Pine is Hollywood's finest Chris," while the Boston Herald called it "the most cynical story about the newspaper biz ever." In my opinion, I reckon this would be one for Sky Atlantic.

I Am The Night would fit super well among their noirish roster. Actually, I think it'd be a great follow up to the Benedict Cumberbatch starring Patrick Melrose, which the broadcaster aired in May, 2018. The Guardian named it one of their top 5 shows of 2018, so if you haven't seen it already, I certainly recommend using that to bridge the gap between now and if/when I Am The Night airs.

So, you can bet that the wait'll be worth it. I imagine that as I'm writing this, a bunch of UK broadcasters are clamouring for the show that has it all — including Chris Pine. The US shouldn't get to hog this one for themselves, so c'mon, I Am The Night, and share the love to the UK soon. I can't wait.