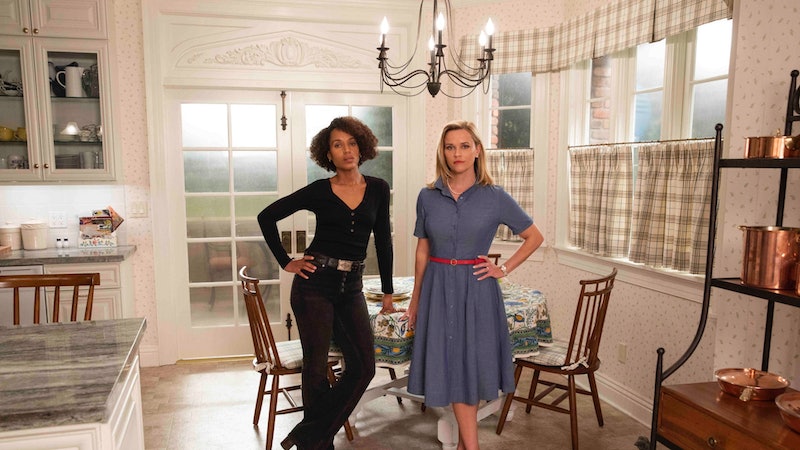 Based on Celeste Ng's 2017 novel of the same name, U.S. drama Little Fires Everywhere follows the story of a seemingly perfect family whose lives become intertwined with a mysterious mother-daughter duo. The new series recently got underway over in the States, but what about those of us on this side of the pond? Well, if the show sounds like your cup of tea, here's how to watch Little Fires Everywhere in the UK.

Little Fires Everywhere began airing on the U.S.-based subscription service Hulu in March 2020 and us Brits eagerly awaited any news about it transferring to these shores. Well, lucky for us, we now have a date. In a statement sent to Bustle UK on May 7, it was announced that Amazon Prime Video would be launching Little Fires Everywhere on Prime Video in the UK on May 22.

Starring Academy Award-winner Reese Witherspoon and Scandal's Kerry Washington, Little Fires Everywhere centres around a single mother and her daughter, who after moving to Ohio, become involved with the picture-perfect Richardson family. However, although sharing "intertwined fates," drama quickly begins to unfold when the two families start to clash.

Witherspoon, who portrays the character of Elena Richardson in the Hulu drama, first discovered the book on which the series is based back in 2017 — before the best-seller had been published. Speaking to Deadline, the Legally Blonde star explained how she discovered "so many themes" that were "very complex" whilst first delving the original story, before adding that co-star Washington was the perfect fit "to go on this journey with her."

In a statement given to Deadline, Hulu's Chief Content Officer, Joel Stillerman, also said the on-demand service are "honoured" to bring Celeste Ng's "powerful story to the screen." Adding "this is exactly the type of compelling and culturally relevant content that embodies our Hulu Originals brand."

Little Fires Everywhere will be available on Prime Video from May 22.