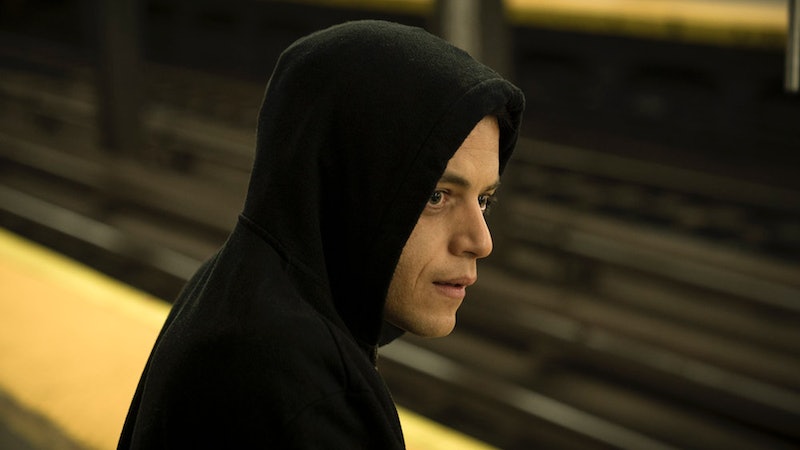 The double life of a cyber-security engineer is depicted throughout the gripping U.S. drama Mr. Robot. Academy Award-winner Rami Malek stars in the series as Elliot, who works as a humble computer programmer by day, and a vigilante hacker by night. The fourth season recently debuted across the pond, and was previously confirmed to be the show's last. So, heres how to watch Mr. Robot season 4 in the UK, because you don't want to miss the epic conclusion of this award-winning series.

The series currently airs on the USA Network over in the States, and as reported by the Guardian, Amazon Prime bagged the rights for Mr. Robot here in the UK over four years ago. Since then, the drama has been consistently available on the streaming platform following its 2015 debut, and things will be no different during the latest series, because Mr. Robot season 4 is now available to stream on Amazon Prime Video in the UK. Existing Prime members can watch the series with no additional cost, however if you're yet to sign up, there is an option to purchase each episode individually for just £2.99 — or alternatively, you can buy Mr. Robot season 4 in its entirety for £16.99.

As the Radio Times reports, the acclaimed U.S. thriller will wrap up for good following an extended 12-episode fourth season. Although disappointing, fans probably aren't too surprised by the decision to end the series, especially after show-creator Sam Esmail's previous comments which suggested an end point was in sight. Speaking to the Hollywood Reporter back in 2018, Esmail revealed that he had already begun "building toward one conclusion," and later stated that the conclusion is "finally here." Confirming Mr. Robot's end, the show-creator added "season four will serve as the final chapter of the Mr. Robot story," before thanking longtime fans of the hit series, and promising an "exciting final season." Discussing details of the show's concluding episodes, Esmail also revealed that Elliot's story will eventually come full circle, and according to the Express, went on to hint that Mr. Robot series 4 will return back to the "initial premise of the show."

Bucking the trend of other similar shows, Mr. Robot has enjoyed glowing reviews from critics throughout its entire run, and it appears season 4 is no different — because the review-aggregation website Rotten Tomatoes currently awards the most recent series a very impressive 94 percent approval rating. A critics consensus describes the new season as being a "thrilling" final outing which is sure to "surprise and satisfy" the audience. So, if you can't wait to check out Mr. Robot's last ever series, you can find all-new episodes on Amazon Prime now.

More like this
The Banned 'Friends' Ad Shows Monica As You’ve Never Seen Her Before
By Sam Ramsden
'Bridgerton' S3 Will Show A *Very* Different Side To Kanthony
By Sam Ramsden
6 'Happy Valley' Easter Eggs You May Have Missed
By Sophie McEvoy
Claire Foy Spoke Out About 'The Crown's Gender Pay Gap
By Sam Ramsden
Get The Very Best Of Bustle/UK
Sign up for Bustle UK's twice-weekly newsletter, featuring the latest must-watch TV, moving personal stories, and expert advice on the hottest viral buys.