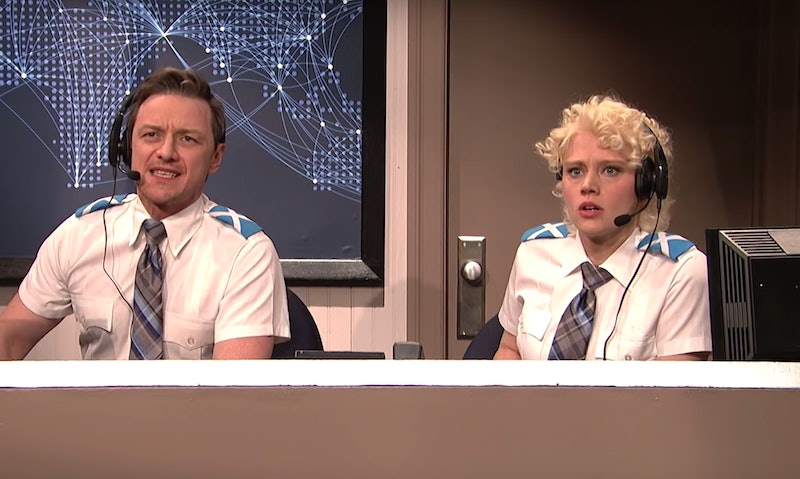 Across the pond Saturday Night Live is nothing short of a television institution. The live comedy-sketch show has been running for an impressive 44 years, and is hosted weekly by some of the biggest names in show business. However, the iconic series isn't currently broadcast in the United Kingdom — despite SNL amounting a huge international following. So how can you watch Saturday Night Live in the UK?

Sadly, full episodes of SNL currently aren't available to watch in the UK, however you can catch up with segments of the show on their official Youtube channel. The channel was specifically set up for international fans of the show back in 2013, and news of its debut was first announced on the Saturday Night Live twitter account. The tweet read: "Great news for all our International fans: we have an SNL @youtube channel now, just for you guys!!"

According to the BBC, the U.S. phenomenon was previously broadcast in the United Kingdom, having aired on ITV4 back in 2006. However, the topical element of the show fell flat with UK audiences, who were only able to watch each episode a few weeks after their original U.S. airdate. Shortly after its UK television debut, SNL was dropped from the channel's schedule.

Despite the series never quite taking off in the UK, a British version of the NBC show was attempted back in 1985 with the debut of Saturday Live. The comedy series later changed its name to Friday Night Live, but was eventually cancelled in 1988. Despite being fairly short-lived, the British answer to SNL did kickstart the careers of actors and comedians such as Hugh Laurie, Ben Elton, Harry Enfield, Craig Charles and Stephen Fry. As reported by the Guardian, the UK isn't the only country to launch their own version of the hit American series, as Germany, Spain, Canada, Japan and South Korea have all attempted to replicate the success of Saturday Night Live — however, the majority didn't fare too well in the ratings.

The same can't be said across the pond, however, where the series has aired for over 40 years, and according to Popsugar, has picked up a massive 36 Primetime Emmy Awards. Saturday Night Live was first broadcast on NBC in 1975, and features a variety of sketches, which usually poke fun at current affairs and pop culture. The comedy segments are led by a main cast of regular performers, who are joined by a different special guest every week. Some of the most popular sketches have been such a hit with audiences, that they were eventually turned into hit films, seen with the release of The Blues Brothers in 1980, and Wayne's World in 1992.

In addition to delighting U.S. audiences for decades, Saturday Night Live has been a springboard for many legendary actors and comedians, including the likes of Eddie Murphy, Bill Murray, Chevy Chase, Tina Fey, Dan Aykroyd, Laraine Newman and Garrett Morri. For now, those of us in the UK can enjoy the latest SNL content on Youtube, but hopefully one day the acclaimed series will make its way back onto British television once again. Fingers crossed.