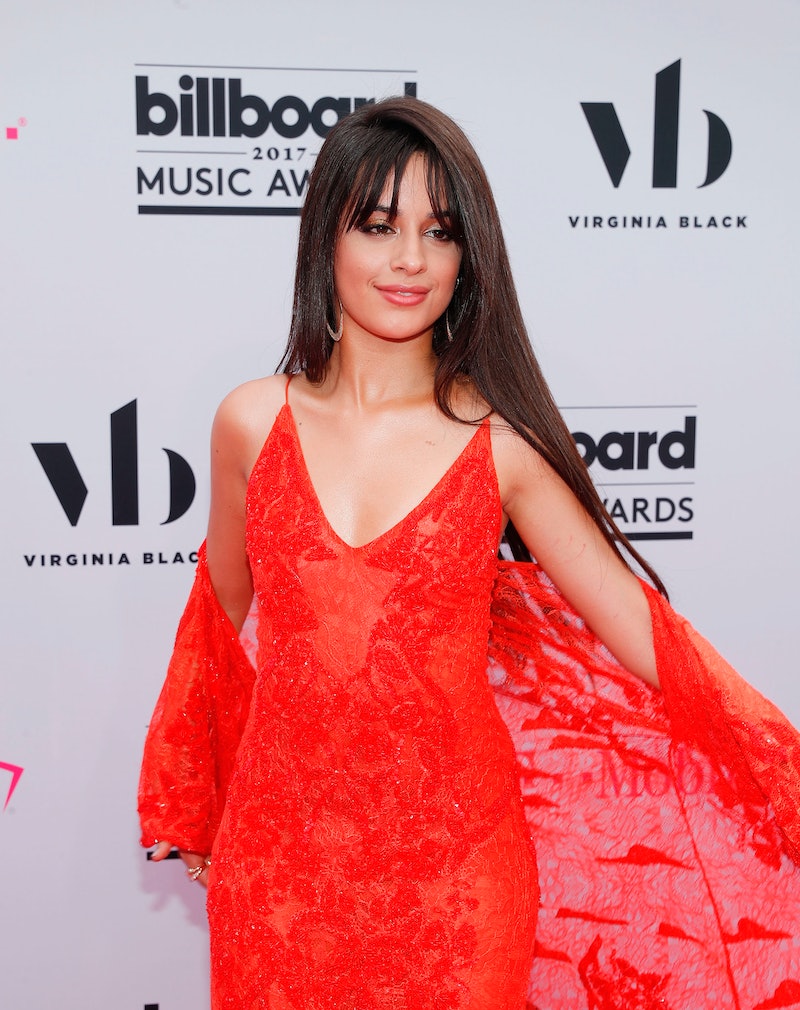 It's about that time for the 2018 Billboard Music Awards to air, and everyone knows that it's just as much of a fashion fair as it is a music concert. The event is always star-studded, so you'll want to know just how to watch the BBMA red carpet to see your favorite A-listers strutting their stuff.

Sure, it's worth seeing celebs perform and collect their shiny hardware, but awards shows are really all about who wore what. You can always expect the good, bad, and ugly from watching red carpet events, so they're honestly like an entirely different show worth viewing. Heck, you don't even have to watch the actual awards these days to get the scoop on what everyone will be chatting about on the following morning, as social media is usually just flooded with talks over who wore it best.

With the Billboard Music Awards being a much more lax ceremony, than say the Grammys or Oscars, the red (or in last year's case, pink) carpet fashion is generally more fun and casual. That doesn't mean celebs can't get over-the-top (yes, that means you Dencia, at the 2015 Billboard Awards). So you're going to want the full deets on how to not miss a single thing.

The official awards show will air live on NBC on Sunday, May 20 at 8 p.m. ET. But before getting down to the nitty gritty, tuning into the pre-show is a must. Luckily, you've got options for getting your dose of red carpet magic.

You can always count on your local NBC affiliate to get network coverage of the fashion affair a few hours before the show. Live from the MGM Grand Garden Arena in Las Vegas, you'll likely catch glimpses of plunging necklines, carpet-sweeping trains, sequins galore, and daring cutouts.

As always, E! News will host their famous "Live From the Red Carpet" special before the big show, so be sure to tune in with your popcorn and favorite sofa spot ready to go. The show will start at 6 p.m. ET/3 p.m. PT. There's still no official word from the network on whether or not it will be available via online streaming. But if previous BBMA pre-shows are any indication, it will be.

With Kelly Clarkson set to host the big event, there's no telling what tricks the singer will put out of her fashion hat. In usual awards show host fashion, the host plans to switch up her attire frequently, giving a statement saying she has 20 costume changes planned. If that's the case, her upcoming red carpet ensemble will likely be one to watch.

Fingers crossed that music legend Janet Jackson also graces the red carpet. The singer will be presented with the show's ICON Award and giving a highly-anticipated television performance for the first time in nine years. That means, viewers may get to see the diva in a striking getup on the red carpet, considering she's still as fierce as ever.

The three-hour night will also see performances from John Legend, Camila Cabello, Shawn Mendes, Dua Lipa, Christina Aguilera, Demi Lovato, and more. With Kendrick Lamar, Ed Sheeran, Imagine Dragons, and Bruno Mars leading with hefty amounts of nominations each, they may also make appearances at the show. In other words, it's going to be a star-studded night — and that could only mean the chances of seeing some incredible fashion are high.

You'll just have to keep your eyes peeled during the red carpet event. Whether celebs are slaying the carpet or totally having an off night, it's going to be worth the watch either way.