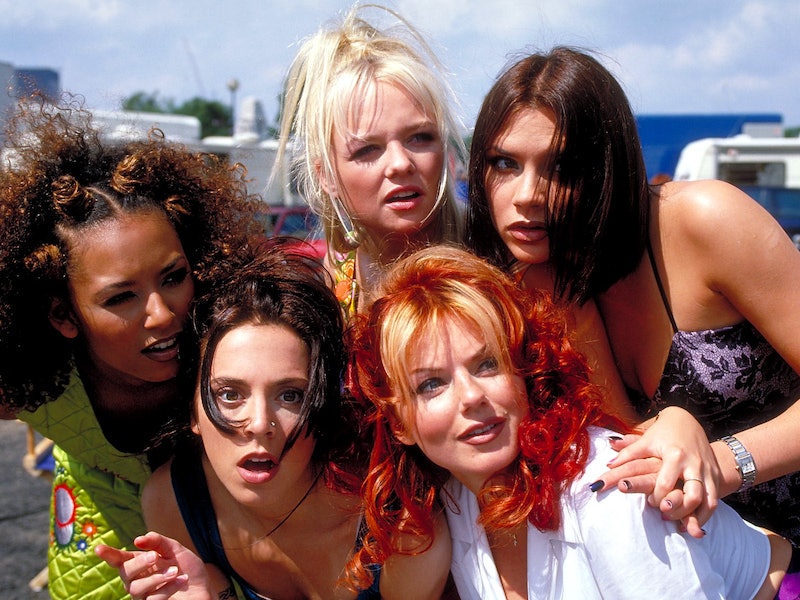 2019 has been a pretty lit year thus far for Scary, Sporty, Baby, and Ginger what with the tour and everything. However, it looks like things might be about to get even more lit with the announcement that a new Spice Girls film is in the works. And, guys, if that weren't enough, it turns out this on animated. You heard me, this is about to be potentially the best animation of all time. Like, better than Finding Nemo (don't @ me). So how can you watch the new Spice Girls Animated movie?

According to the Hollywood Reporter, this is seriously not a drill. The magazine spoke to Paramount Animation President Mireille Soria about the production and, guys, it's in development as we speak.

Soria told the Hollywood Reporter that the film is in the very early stages of getting off the ground, but is slated for release in 2020. Honest to god, I'm counting down the days already.

Former Spice Girls manager and executive producer of Spice World Simon Fuller will be a producer on the film. Karen McCullah and Kiwi Smith are busy writing the screenplay. Oh, and I guess you are wondering which gals are involved. Well, Soria made it clear that ALL FIVE are in. Yes, Posh will be back where she belongs, in the Spice Girls.

In fact, according to Soria, the Spice Girls thsemvels are "very involved" with whatever's going on over in the Paramount animation studio. I know guys. Actual shivers.

Animation is a pretty huge industry. From advertising, to education, to telly, and, of course, the movies — people love a bit of animated visuals. Any time a new Dream Works or Pixar movie comes out it's literally like: clear your diaries, we need to hit the cinema ASAP. So why the heck not a Spice Girls animated movie? The world deserves it.

So the new film is set to involve all the classic bangers we know and love from the girls early days as well as some flipping NEW songs. Yes, new effing songs from the best band in the world. Stick a fork in me, I am done.

OK but is there any news at all about the storyline of the film? No, sadly we will have to keep guessing on that one. And yes we are sure all five of the original band members will be involved with the film but it has not been made clear how. It's a well documented fact that all of them are world-class actors. I mean, have you guys SEEN Spice World? Oscar worthy to say the least.

Their hit film, made 22 years ago (yes, you heard that right. 22 years.) showcased their skills. Although a couple of decades is a long time ago, there's no doubt that these super women are totally capable of dusting off their acting shoes and getting stuck in. No word on if their random friend Nicola will feature in the new animation film, but here's hoping.