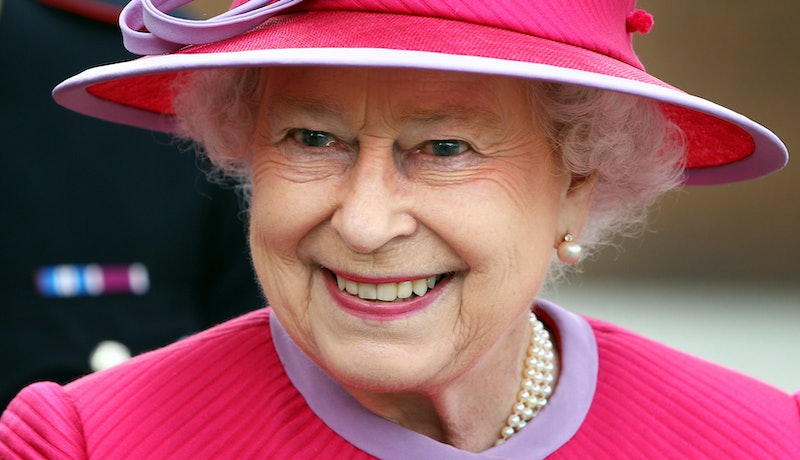 It's been a year where addresses to the nation seem a dime a dozen and it's easy to forget that in actual fact, hearing from the Queen is ordinarily only a Yuletide event. However, apart from this year's difficulties, 2020 is an important anniversary for the UK as it marks 75 years since VE Day, AKA "Victory In Europe Day", which celebrates the day when WW2 and the fight against Nazi Germany came to an end. In commemoration of the historical event, the Queen is set to speak to the nation. So how can you watch the Queen's VE speech?

The Independent reports that if you're eager to watch the address you should mark your diary for May 8 at 9 p. m. The broadcast will be shown in the UK and Commonwealth. For those based in the UK, BBC One will be broadcasting the address and it will also feature on the radio.

The time chosen is also an historical one, as reported by the Guardian, as it's the precise time her father King George VI made his radio address to the nation back in 1945 to announce victory in Europe after what he historically referred to as, "nearly six years of suffering and peril."

There'll be a special appearance from the heir to the throne Prince Charles the Prince of Wales, according to the Independent, who's due to read from his late grandfather's diary entry from VE Day describing the day's events, how he felt, and historical moments like the royal family appearing at Buckingham Palace's balcony.

There's also set to be a whole schedule of TV and radio events on the day and over the weekend, including a nationwide singalong of Dame Vera Lynn's We'll Meet Again, which was a war time anthem.

The BBC reports that this year May bank holiday was changed in order to celebrate the 75th anniversary in style. Unfortunately, a statement issued by the broadcaster said, "Until the current COVID-19 crisis struck, there had been plans to stage celebratory events and street parties in every nation", adding: "sadly, this has all had to be cancelled and the WWII generation, our golden generation, are at home in lockdown. We want to let them know that we have not forgotten the peace that they won for us, that we are thinking of them and that they are not alone, as well as cheering up the rest of the nation along the way." The BBC reports that culture secretary Oliver Dowden said that even though the celebrations will now be "in our homes and on our doorsteps", he believes that the country will "come together to mark this historic occasion."