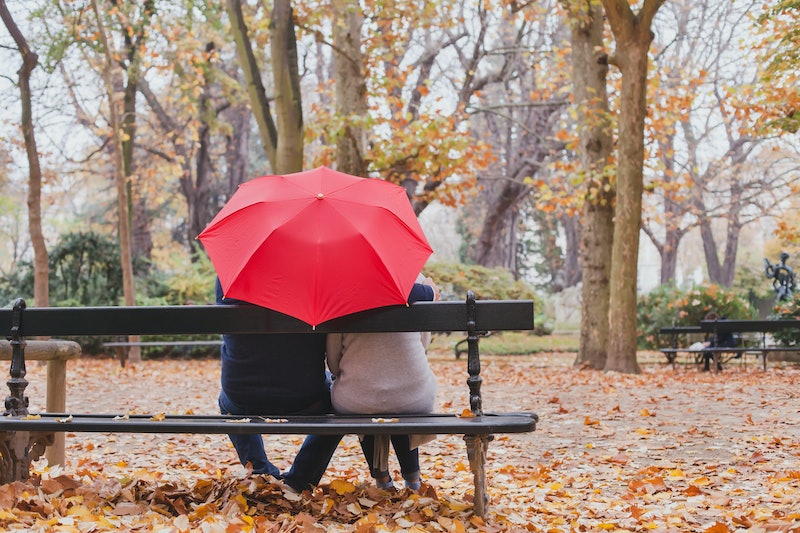 What do popcorn, hot chocolate, and dramatic daytime television movies have in common? Normally, not much — but there's a first time for everything. Orville Redenbacher's, Swiss Miss, and the Hallmark Channel are teaming up to hold the "Snack, Watch and Win" Sweepstakes. Not only could you score some delicious snackage, but you could even win a walk-on role in an upcoming Hallmark original movie. This is all I've ever dreamed of.

In a press release, Conagra Brands (which owns Orville Redenbacher's and Swiss Miss) shared all the details. The grand prize winner gets not just a walk-on role (more on that later), but also a one-year supply of microwave popcorn. I'm not sure which one is more exciting. (Probably the popcorn, if I'm being honest.) There's more, too. Fifty winners get a one-year supply of popcorn, and each week, 100 people will win a limited edition Swiss Miss and Hallmark Channel mug. A mug! And it's not even your birthday.

All you have to do to enter is go to snackwatchandwin.com and follow the directions on the entry form. That's right — no purchase necessary, although you can never buy too much popcorn and hot chocolate. The contest is open through December 31, but if you really care, you'll go enter right now, even though I plan on winning anyway.

Don't lie and tell me you've never fantasized about appearing in a Hallmark movie. Right after getting their hands on that viral Popeyes Chicken Sandwich, that's every person's deepest desire. Nobody makes movies like Hallmark. It doesn't matter that they're all the same. It doesn't matter that they're all set around Christmastime and tell the story of a single mom/dad who owns a small town bakery and wants nothing more than to provide for their daughter/son, no matter how much they have to sacrifice, but then their life does a 180 when a handsome but ruthless business hottie from the big city shows up to close an important deal. She softens him up; he sparks a long unlit flame inside of her. Ninety minutes later, they're kissing under the snowfall and I'm crying while finishing another carton of Ben & Jerry's and ruminating on my own failed relationships.

Take it from this former wannabe-actress whose claim to fame (according to me) was working as the body double for someone who's actually already famous. Landing a spot in a Hallmark movie, even just a walk-on role, is next to impossible without an agent, a ton of luck, immense talent, and a close relative or friend who works as the casting director and hired you as a favor. This contest is the one shot you'll have at this. Trust me.

No word yet on what specific movie the walk-on role is for, but let's be honest about what Hallmark did for Meghan Markle's career. I mean, that's probably the reason she's now a duchess. Plus, their 2019 Christmas movie lineup is looking rather merry and full of good holiday cheer. Get your pine-scented candles and box of tissues ready.

Seriously, though. How can I get my hands on one of those mugs?