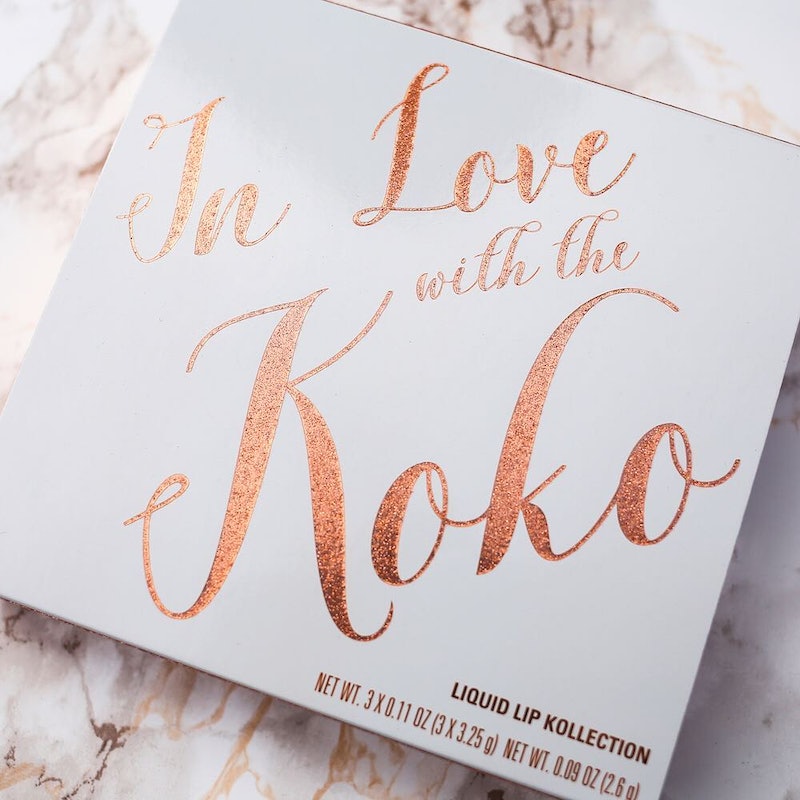 Kylie Jenner is creating hit after hit with Kylie Cosmetics, and her latest one is a collaboration with sister Khloe Kardashian. Despite the collaboration being currently sold out, fans can now win the new KoKo Kollection from Kylie Cosmetics thanks to Jenner's generosity. As for how to enter and win, though, you'll need to get creative, and you'll also need to be a loyal fan of Jenner's who is subscribed to her website.

Right now, it seems as though Kylie Cosmetics is all about the new KoKo Kollection. The giveaway features everything that Kardashian's collection has to offer including the set of four brand new lippies and the pressed powder palette which includes stunning new additions as well. How do you enter?

Fan who are subscribed to Jenner's website can head over now and enter to wine the collection. All subscribers need to do is write a poem that has at least four lines and features all four of the names of Kardashian's lippies — Bunny, Baby Girl, Sugar Plum, and Doll. Jenner will then choose her favorites among the submissions and email the winners. If you want to enter, you should do it quickly, though. The contest ends on June 9 at 4pm PT.

This isn't the first time that Jenner has hosted a giveaway on her website, though. In fact, she hosts them regularly, and because she loves her fans, the giveaways typically feature some of the brand's most sought after products — like the new KoKo Kollection. She's previously given away the Holiday Collection, the Royal Peach Palette, and while not totally Kylie Cosmetics related, she hosted a giveaway of a Fiat to celebrate the opening of the very first Kylie Pop-Up Shop.

The giveaway also couldn't come at a better time. The KoKo Kollection is currently sold out on the Kylie Cosmetics website, and as of press time, there had been no word on when a restock would happen. If you really want to get your hands on the KoKo Kollection and can't wait for a restock announcement, now is your chance.

To enter, head over the Jenner's website now. You don't have much longer, and who can resist the chance to grab a gorgeous KoKo Kollection?