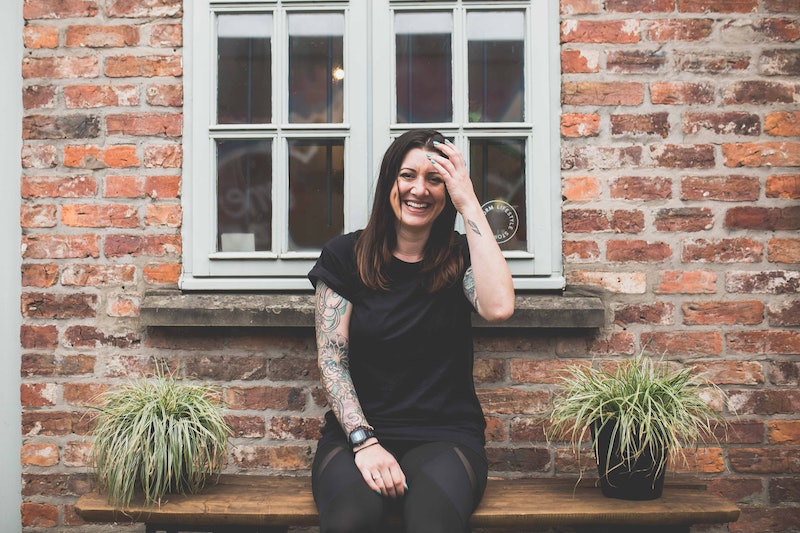 Travel can be a panacea for life's most turbulent periods. Removed from the stressors and triggers of life back home, time spent abroad can reset both body and mind. Memoirs and movies depicting the many ways travel can assuage grief, cope with trauma and provide endless adventure are common (Eat Pray Love, Wild, On The Road). But beyond the bestsellers, many women know that travel really does have healing powers.

By her own account, Hannah Cox had a terrible 2011. The British entrepreneur and founder of travel site betternotstop was forced to leave London, where she was working, to move to Manchester and, shortly afterwards, her Dad became terminally ill. "I couldn't afford to live in London anymore and my contract work in Manchester ended up being a lot more stress. Then Dad got ill, and in-between trying to pay the bills, I was travelling down to Hasting to visit him in a hospice." Hannah had endured a difficult relationship with her father over the years, which made saying goodbye to him all the more heartbreaking. But there was also little time for grieving. "The day after his funeral I was onsite working at an event for a week" Cox says. "By the time the event was over, I was completely broken. I booked a one-way flight to Malaysia a few weeks later".

Radha Vyas, Co-founder and CEO of Flash Pack, the adventure holiday company, explains that post-trauma travel is essential for reminding us of our inner strength. "When we’re going through a rough time, the instinct is to retreat within so travelling at that point might seem counterintuitive. But it’s subtly powerful in the way that it can heal" she says. "Travelling reasserts a sense of self. With every small decision that you make; every new person you meet; every fresh challenge that you experience abroad; you feel a little bit more confident and more sure of yourself. You tell yourself you can’t do it — that you’re not in the right place but your bruised confidence is like a tired old muscle, that you work out everyday that you travel. Slowly but surely, you prove to yourself that you can do things, you are capable, there is life beyond. You have all the tools you need just by being you. It’s such a brilliant moment when this happens."

Self-described former "workaholic" Liz Ward, from Yorkshire is the founder of coaching consultancy website Slick Pivot. She used travel as a catalyst for healing after experiencing severe burn-out in her twenties. "I worked hard yet also played very hard." Ward explains. "I was lucky to get an amazing job in London working on music gigs and sports events last straight out of university, and I climbed the ladder very quickly. But the drinking culture at work events consumed my life." Ward was leading a marketing campaign for a well known spirits company and found herself "drinking at strange hours of the day" and neglecting both her relationship with her partner, as well as her mental and physical health. After a run-in with a difficult senior manager, Ward decided to quit and returned home to tell her long-term boyfriend one evening. "Before I got chance, he told me he was leaving me. I lost my job, home and the man I thought i was going to marry in 12 hours. Booking flights was the only answer for me" Ward explains.

At the intersection of grief, exhaustion and despair, both Cox and Ward knew they needed to leave the UK. Their trips provided a welcome period in which they could rest, reflect and recharge. Ward explains that an extended period of time spent in Asia gave her space to think about her next career move. "I did yoga, gong baths, went raving, climbed mountains in Indonesia, cycled Vietnam, volunteered to help orang-utans in Borneo and fostered two abandoned kittens in Bali. I learned to ride a scooter and surf" she says. "I needed to to work out what I was going to with the rest of my life."

Cox similarly indulged her serious case of wanderlust. "I had the opportunity to reconnect with myself and give myself time out to think... I had an incredible adventure island hopping and visiting Malaysia, Thailand, Vietnam, Laos and Cambodia and Bali" she says. But travel isn't always a short-cut to mental clarity. In Hannah's case, travelling didn't equip her with a ready-made toolkit for her professional future, and it also delayed some of her grief until she returned home. "I stayed in a Zen Buddhist monastery in Vietnam for months which forced me to be alone with my thoughts, and made me realise I was running away from my emotions. Away from the familiarity and reality of home, I had put my grief in a box and not really dealt with it" she says.

However, travel isn't a cure-all. Delayed grief can be a common side effect of travelling during a difficult period. Laura Yates, a relationship and mindset coach, warns that travel post-trauma doesn't always facilitate healing, and aren't a substitute for fully processing the complex feelings that come with loss and emotional turmoil. "Travel can lessen the pain of heartbreak. A change in environment can really help create a change in perspective, but it isn't the ultimate cure. If you turn to it purely as a distraction and a way to avoid processing things, you'll feel worse in the long run. Retreats or travel to calm and nurturing environments after a traumatic experience can be better than travelling without intention." Yates recommends staying connected with your loved ones back home when travelling solo after trauma, or by keeping track of thoughts and feelings by journalling. "It's important not to underestimate the toll trauma takes not only on your emotions, but your body too. So make sure you take time out to relax, sleep, eat well and generally take things slow, as well as enjoying yourself too" she adds.

When Cox returned home from her first trip she was forced to address the grief for her father head-on whilst working on her confidence to work on betternotstop full-time. "I was scared of failing to create the legacy that I wanted for my Dad" she explains. But, it wasn't until 2017, after another trip from England to Bhutan, that Hannah finally mustered up the courage to work betternotstop, full-time. Similarly, Liz experienced some career clarity after returning from her trip, working as a freelance consultant before launching Slick Pivot. "The travel healed me from my break-up and gave me the space to decide my next career move. I became clear that I wanted to run my own business and leave the corporate world."

Travelling to evade deep-rooted emotional issues won't work long-term as it's vital that you process your pain and trauma before you embark on a solo trip away. But a little escapism can work wonders for the soul, helping you re-assess life goals, and reminding you of your inner strength during bleak times. As Cox notes, "happiness is a concept which we need to find in ourselves and not through travel. But it allows us to explore and realise that we are not single-faceted. And the more confident you are in your abilities and strength, the easier it is to be happy."