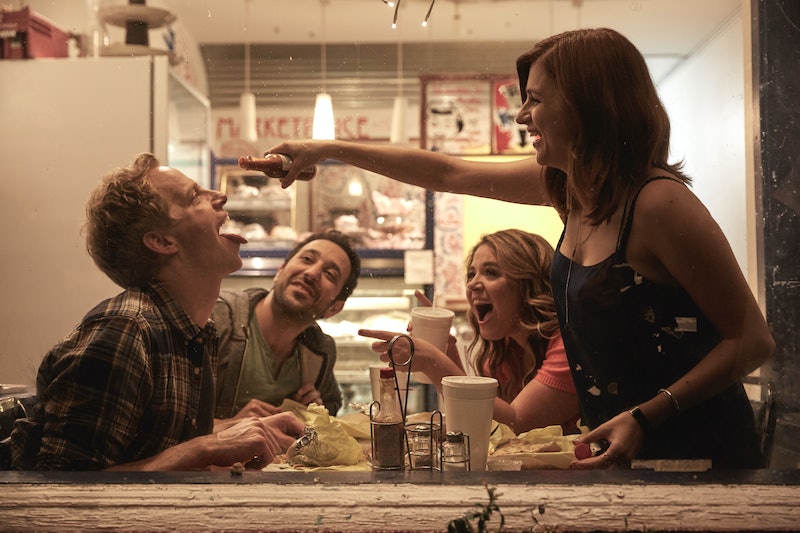 You don’t have to have watched You’re the Worst to know it’s a show about toxic, terrible people; they put it right there in the title. It follows a group of misfits who struggle to do everything from small tasks like maintaining their hygiene to managing larger, weightier responsibilities like, you know, showing up to work every day. But while it’s not a healthy, or even realistic, example of how to live, there was some bit of positivity to seeing these characters so spectacularly f*ck up their lives: watching You’re The Worst helped me let go of the pressure to be perfect and become more accepting of my own flaws.

As a writer, I’m aware that I chose a difficult life path. It’s a tumultuous career, more so than ever, and I face rejection every week. That doesn’t mean I’m bad at my job — it’s just the nature of the business. But every time I pitch a story and receive a pass, it’s hard not to see each “no” as a personal failure.That’s only heightened by the fact that, as a millennial, every aspect of my life feels optimized. As outlined in BuzzFeed’s viral piece about “millennial burnout,” this means I’ve come of age amid an era in which it feels like I’m expected to be good at everything at all times, which can make even the smallest mistake or rejection seem like a major setback. When I receive a “no” from an editor, my mind quickly escalates from “bummer” to “oh no, I’m terrible at my job, I’m terrible at everything, and I’m not going to be able to survive in this economy and I let my parents down!”

But watching Gretchen, Jimmy, and their deeply flawed friends mess up, like, all the time, helped me to realize that failure isn’t just a part of life, it is inevitable. Other shows, like Broad City and Girls, have similarly portrayed dysfunctional, irresponsible characters, but they grew throughout the series, became better people, and eventually got their lives (somewhat) together. At they end, they were still aspirational — proof that somehow, some way, life always works itself out.

You’re The Worst, on the other hand, was more of a dark confidence boost. Compared to Lindsay haranguing her boss to re-hire Gretchen, threatening to stab her, and then getting fired, I wasn’t just keeping up, I was thriving. More than that, though, it was refreshing to see a group of characters so unburdened by societal pressure and expectations. I would never dream of doing even half the things they did on You’re The Worst, but it was liberating to spend some time in their unruly, middle-fingers-up world. It let me take a break from real life, where everything, even Instagram, always feels so damn consequential. “Likes” are no longer simple shows of support, but a quantitative reflection of your worth, and a means to measure yourself against others. I no longer walk dogs for fun, but to help pay my bills, because it seems unproductive to do something I like for free when I could also be getting paid for it. Those things haven’t changed, but You’re the Worst helped to remind me that I can mess up and still be OK.

Reflecting on You’re the Worst, I know I’ll never relate to Gretchen, Lindsay, or anyone else on the show — or even like them. But I will always treasure them for reminding me of something that I too often forget: I’m human, and despite what I see on social media, that comes with making mistakes. Thankfully, mine aren’t as monumental as the characters’ on You’re The Worst.