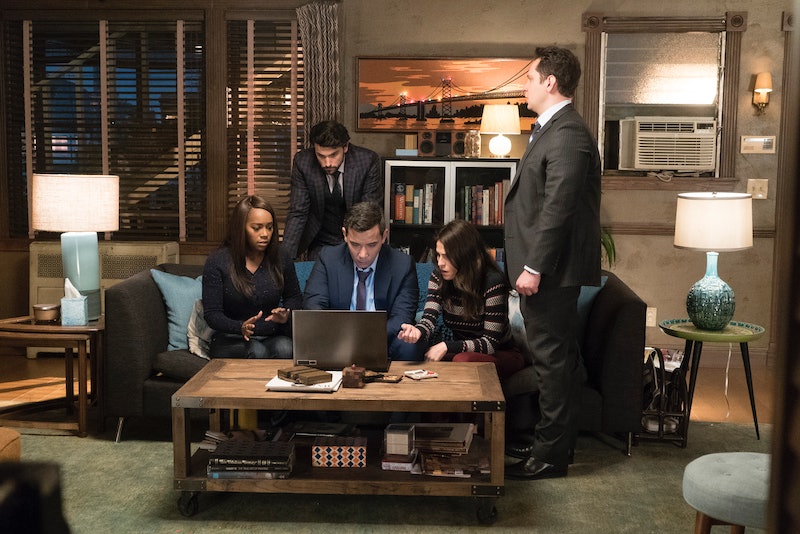 The final episodes of How to Get Away with Murder Season 5 are already here and the stakes are at an all-time high with the White Board Of Doom™ featuring every single scandalous deed since the show’s inception. Annalise was super close to spilling all the beans and living her best life without her gang of needy, nosy murderers but that plan didn't pan out. And, now things have really gotten complicated after Governor Birkhead revealed that Emmett was possibly behind Nate Sr.’s murder. The final episode is going to be an explosive ride and the chances that How to Get Away with Murder characters will go to prison varies at a lot at this point.

Of course, the usual suspects like Annalise, the Keating kids, Bonnie, and Frank are in the midst of the mess, but there are also a lot of new players in this season including Nate, Tegan, Gabriel, and several others who were previously not on the murder scene. Oh, what a tangled web we weave when we can’t mind our own business. So, who is going to end up behind bars? It remains to be seen, but here are educated guesses with very unscientific percentages based on what has gone down this season.