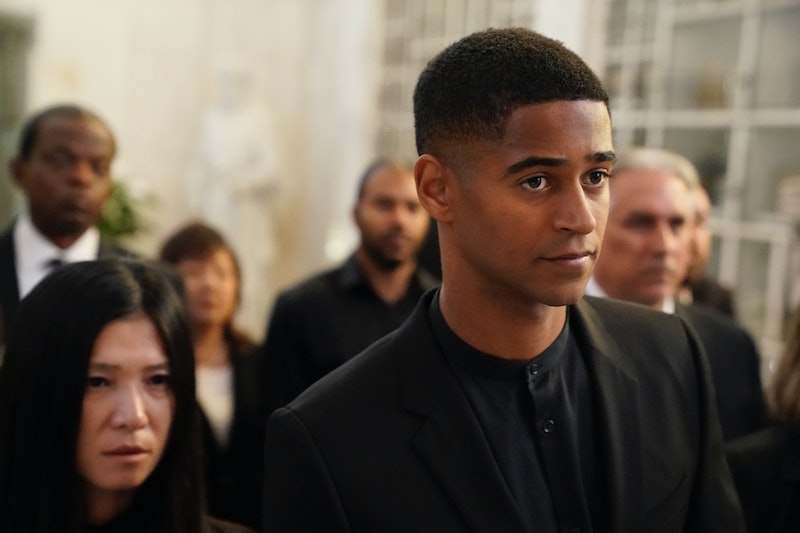 Spoilers ahead for the How to Get Away with Murder series finale. In a storm of non-guilty verdicts and prison sentences, How to Get Away With Murder concluded its six-season run on May 14. With each characters’ fate sealed, it’s safe to presume the show’s officially done; however, the HTGAWM creator is open to spinoffs. So fans might get to see more of the Keating Five — or at least their offspring — in the future.

On the heels of the explosive series finale, creator Peter Nowalk spoke to Entertainment Weekly about all the final twists: Annalise, found not guilty, died, but not until decades later; Connor went to jail to atone for his sins, much to Oliver’s dismay; Bonnie and Frank died in a courtroom shoot-out; and Michaela left the group and became a judge.

The biggest revelation, however, came after viewers learned that the Wes spotted at Annalise's funeral was actually his grown up son, Christopher — a lawyer and professor of Criminal Law 100, aptly referred to as “How to Get Away With Murder” by his predecessor. Given this full circle moment, a spinoff centered on Christopher wouldn’t be entirely off the courtroom table. When asked about this possibility, Nowalk said he’d “definitely” consider returning to the series, but it’s “not top of mind for me right now.” Still, a possible spinoff would need to be able to stand on its own.

“I love this world. I love these characters,” Norwalk said. He continued, “I really would want it to be a show that can exist on its own, meaning even if you haven't watched How to Get Away With Murder, you could watch the new thing.” While he’s keen on writing non-law material next, Nowalk added, “But never say never. I love my writers and I think we could definitely do it. I just would want it to feel unique.”

So, would actor Alfred Enoch be up for a potential spinoff? It’s hard to say, but, seeing as he returned for the finale, anything is possible.

More like this
'The Queen’s Gambit' Season 2 Tweet Wasn’t From Anya Taylor-Joy
By Mary Kate McGrath, Jack Irvin and Grace Wehniainen
Netflix Shut Down 'Bridgerton' S3 Rumours About A “Very Dark” Storyline
By Bustle
9 Time Catherine Cawood Was An Absolute Badass In Happy Valley
By Sophie McEvoy
'Happy Valley' Recreated This Moment From S1 In Its Penultimate Episode
By Sophie McEvoy
Get Even More From Bustle — Sign Up For The Newsletter
From hair trends to relationship advice, our daily newsletter has everything you need to sound like a person who’s on TikTok, even if you aren’t.