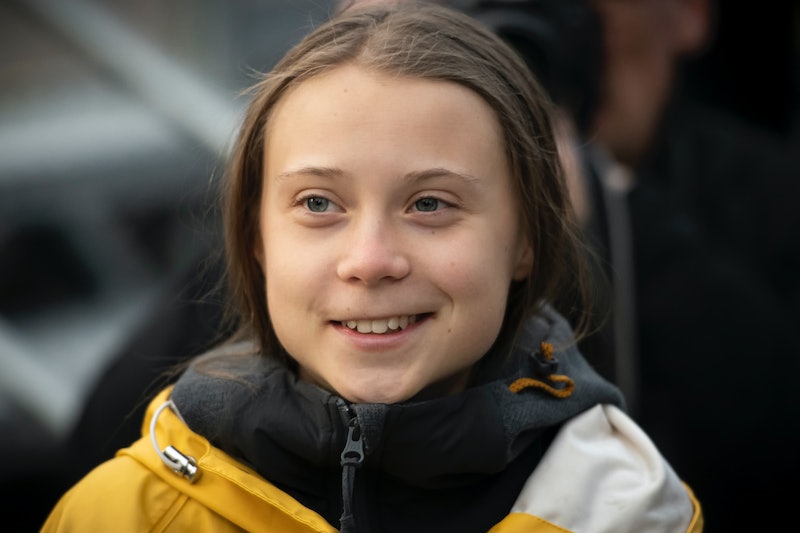 Teen climate activist Greta Thunberg is coming to a TV screen near you. On Monday, Hulu announced that Thunberg will be the subject of the documentary Greta (a working title), set to chronicle the 16-year-old’s climate change activism. Directed by Nathan Grossman, Greta will follow the Swedish teen from her first school strike in Stockholm, Sweden in 2018 through “parliaments and massive international protests” in 2019 in her efforts to “make the world understand the urgency of the climate crisis,” as reported by Deadline.

Produced by Cecilia Nessen and Frederik Heinig, Greta will premiere sometime in 2020. As per Deadline, Hulu boarded the project quite some time ago and has since followed Thunberg’s progression from a teen on the autism spectrum to a renowned climate activist. Thunberg first burst into the activism space in August 2018 as a lone participant of a school strike in which she challenged adults with the question, “If you don’t care about my future on earth, why should I care about my future in school?”

Within months, Thunberg’s strike evolved into an international movement. The teen has since met with world leaders, delivered a speech at the United Nations Climate Action Summit, received a nomination for the 2019 Nobel Peace Prize, and was named Time’s 2019 Person of the Year.

At the U.N. summit in New York in September, Thunberg’s fiery speech received international attention. “I shouldn't be up here. I should be back in school on the other side of the ocean," she said. "Yet you all come to us young people for hope. How dare you!" Thunberg continued, "You have stolen my dreams and my childhood with your empty words… We are in the beginning of a mass extinction, and all you can talk about is money and fairy tales of eternal economic growth."

More like this
'Abbott Elementary' Fans Probably Missed This 'Parent Trap' Easter Egg
By Sam Ramsden
At 28, Rosie Perez Risked Her Career To Stop Playing Stereotypes
By Gabrielle Bondi
Here’s Everything Coming To & Leaving Netflix In February
By Jake Viswanath
What Is Pamela Anderson’s Net Worth? She Was Never Paid For Her Stolen Sex Tape
By Hugh McIntyre
Get Even More From Bustle — Sign Up For The Newsletter
From hair trends to relationship advice, our daily newsletter has everything you need to sound like a person who’s on TikTok, even if you aren’t.