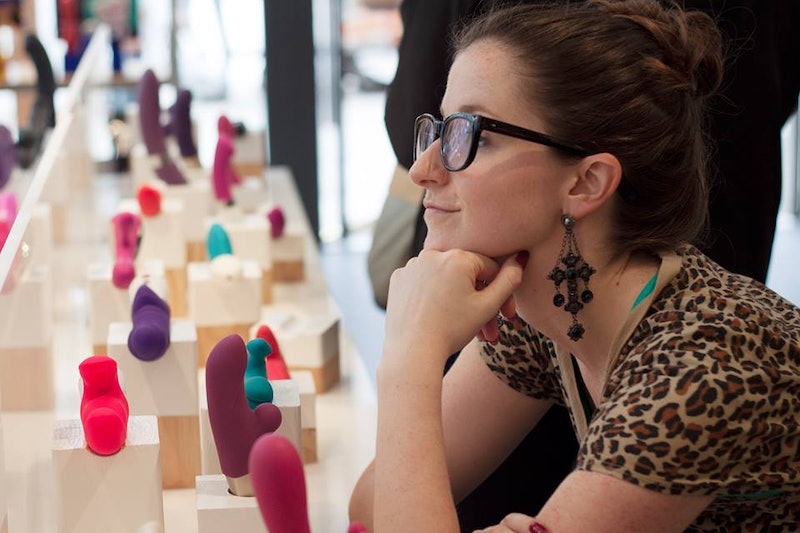 There is an underrated (in my opinion) scene in Sex and The City where Carrie informs her friends she can’t go out with them because her diaphragm is stuck up her vagina.

Her badass friend, Samantha Jones, marches into Carrie’s bathroom and helps her retrieve it. Neither Miranda nor Charlotte volunteer for the job. They don’t seem too keen on sticking their hands up their friend’s vagina; this is too much for them. Not Samantha. The feminist, sex-positive icon rolls up her sleeves, and does what needs to be done. She helps her friend because that is what empowered women do.

This scene holds a special place in my heart because I relate to it on a spiritual level. I’ve always considered myself the “Samantha” of my friend group (I know, big surprise). Yet, this scene was different than the typical “dick and dinner” conversation of the everyday Samantha. I was Samantha Jones. I too fished a birth control device from my best friend’s vagina to rescue her from a trip to the ER. I was her knight in shining armor, with a fist full of glory. I think the fact that this event took place in my life was by no means unrelated to why I became a sex writer.

This is the story of a missing NuvaRing, and the great escape.

Would You Do It?

It was a beautiful spring evening in Chicago. The wind was coming off the lake in pleasant way (rather than the usual murderous way), the trees were just starting to bloom, and my friends and I were ready to get effed up.

These were my peak party girl days and nothing was going to stop me from hitting the dive bars in Wrigleyville on a night like tonight. My best friend, Lilly*, lived in a rundown apartment in Roger’s Park, near the metro. I drove downtown in my beater Nissan Altima, and climbed her moldy stairway, jonesing to start the pregame. Lilly opened the door, still in her bathrobe.

“I think I need to go to the ER,” she said. Her face was white. I asked her what was going on. She looked perfectly healthy to me. “My NuvaRing is stuck. I can’t get it. I’ve been trying for over an hour to get it and I can’t do it. I need to go to the hospital.”

I pushed past Lilly, discarded my bottle of José Cuervo on the kitchen table next to the door and took off my leather jacket. “We’re not going to the ER. I will get the NuvaRing.”

Lilly was not for this idea at all. I was insistent. I knew if I didn’t reach up her vagina and get this thing out, we would spend all night in the ER and not get to party. That sounded unappealing. Oh, also she needed me. Right.

So, I Did What Had To Be Done

I have long nails so I had to be really careful. I had Lilly put one leg on the top of the toilet. With her vagina in my face, I reached up. At first, I was pretty nervous; not about the whole hand up my friend’s vagina thing, but about not finding the NuvaRing. What if that sh*t was seriously gone?

It took all of one minute of awkward prodding before I realized this yoga-style position was not going to suffice. “We need to go into your room and do this gyno style.”

“Excuse me?” Lilly asked. She was not having my sh*t, but the thought of going to the ER to have a scary nurse look at her like she was a moron, and stick a pair of clamps up her vagina was too much to bear.

I had Lily lie on her back, butt on the edge of her twin-sized bed, and her feet in the air. I reached back up into her vagina and felt around again. This time I felt something squishy. I maneuvered it around a bit, hooked it up my finger, and managed to pop it out. Victory was mine.

Everyone Has A Coming-Of-Age Moment, And This Was Mine

I think everyone has a real defining moment where they stop being a child and start being a full-fledged adult. This was most definitely mine. I stayed completely calm through this experience. I was composed and ready for action. My friend needed me, and I knew I had to be there for her. I discovered that sexual health and the female body are two things I find both fascinating and confusing.

Years later, when I began to write about sex, feminism, and female wellness, I looked back on this experience fondly. I don’t many people would choose to cite the time they fished a NuvaRing from their friend’s pussy as one of their most character-defining moments, but I’m not most people.

Sexuality has never been something that frightens me. Vaginas have never made me squeamish. The night I hooked my phalanges into my best friend’s vagina and retrieved her lost NuvaRing was my first step to becoming the woman I am today.