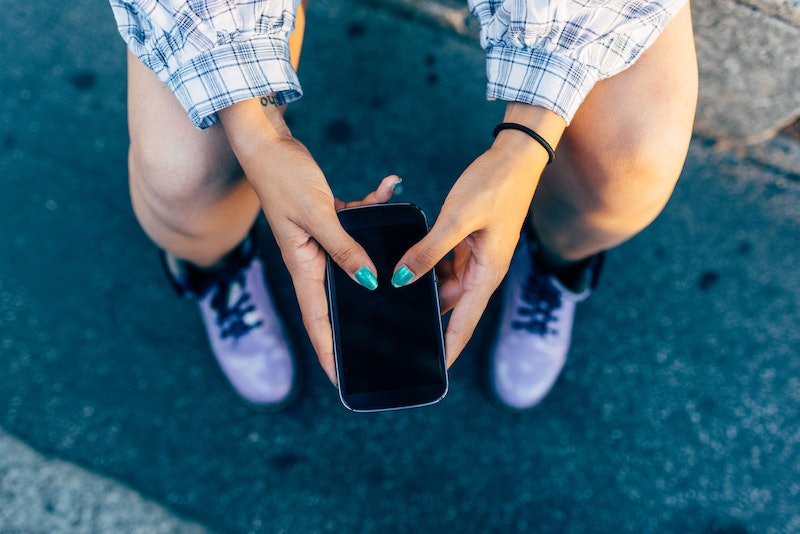 I think most people know they spend too much time looking at screens. A lot of modern jobs involve a minimum of eight hours of screen time a day, plus the implicit expectation that you'll check emails on your phone on the way in. And that's without factoring in tagging your friends in memes, keeping tabs on the status of Cardi B and Nicki Minaj's beef, or checking news sites to see what new messes privileged white men have got the world into... So when Apple announced it was introducing a way to let iPhone users track their screen time with iOS 12, I didn't feel intrigued so much as a little bit queasy.

While I always suspected I was spending far too long scrolling, I would now have concrete proof of how much I relied on my phone. So what happened when I tracked my screen time for a week? Well I expected the results to be bad, the minutes I spend on social media to be many, but I wasn't prepared for just how much time I waste staring at a tiny screen.

The screen time function provides you with weekly reports on how much time you're spending on your phone and how it compares to previous weeks, although you can keep a more regular check if you wish. It also breaks down your usage into three groups — Social Networking, Entertainment, and Other, which are colour coded dark blue, light blue, and orange respectively. There's also an unlabelled grey section, which even after a lot of googling, I couldn't find explanation for. I think it's phone activity that might not necessarily equate to screen time like apps running in the background because I noticed it was higher on days when I listened to lots of podcasts.

I started tracking my use on a Tuesday and on the very first day clocked three hours fifty five minutes of screen time. Which you wouldn't think is terrible out of a total 24, but if you break it down — taking away eight hours for sleep and eight hours for work — I'm spending four out of a possible spare eight hours staring at my phone. What I found particularly concerning was the total number of pickups — 104 on average every day. That means I was picking up my phone 6.5 times an hour out of the 16 hours I was awake. That's every 10 minutes!

Wednesday's result was slightly better, clocking in at three hours and a half, which makes sense as I met a friend for drinks and then went round to my boyfriend's — more IRL interaction means less social media surfing. And then on Thursday, when I spent the evening at home on my own, my usage leaped to a massive four hours and 55 minutes.

Now I don't even consider myself to be that much of a phone zombie — I don't have it at the table when I go out for dinner, or check it frequently when I'm round at a friend's — so I was shocked at these stats. One thing that I think has influenced my results is that I've recently moved into a flat on my own. It's liberating and totally great, but I can't pretend the transition period hasn't felt a little lonely at times. And when I might have otherwise been talking to my housemates, I'm trying to recreate that human connection by WhatsApping my pals instead.

My screen time did start to decrease as the weekend approached, on Friday I only racked up two hours and 54 minutes and on Saturday it fell even further and I achieved a pretty impressive result of just an hour and 57 minutes. As I had my boyfriend round and my dad and step mum visiting, my 'more human interaction equals less screen time' theory is looking even likelier. But by Sunday, when my boyfriend and I were recovering from a busy weekend by watching nature documentaries on Netflix and trying to stave off the Sunday scaries by shopping on our phones at the same time — my screen time leapt up again to three hours and 43 minutes.

When I started this experiment I wasn't sure I'd learn anything new, beyond confirmation of a screen habit I'd long suspected. But as it turns out, tracking the time I spend looking on my phone has given me a useful insight into what affects when and how I do it. Getting out of the house helped. It tended to be when I was chilling at home (especially on my own) that the urge to swipe through social media was strongest.

Being with friends is another contributing factor. It sounds obvious now I write it, but I'm so much more aware of how I was trying to compensate for my newfound lack of social interaction by contacting friends virtually. Instead of trying to pretend I'm not on my own when I'm next home alone, I'm going to do things that make the most of it, like read a book or work on a personal project. I'm always complaining that I never have enough time to read and now I know why...