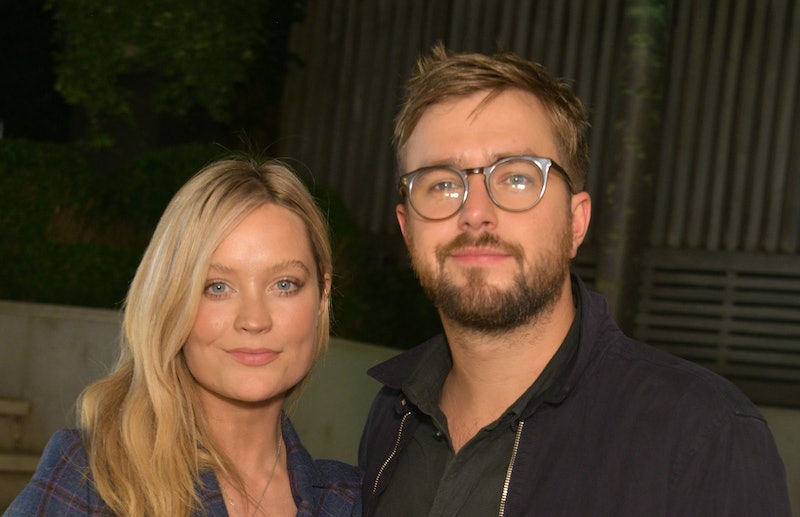 It's just over a week until the first ever winter Love Island airs and the presenters are embarking on their first round of promo interviews. On Friday, Iain Stirling (AKA the hilarious voice of the summer's most-watched series) appeared on Loose Women to discuss what his work actually entails and how he feels about working with girlfriend Laura Whitmore for weeks on end.

Whitmore is replacing usual host Caroline Flack after Flack was charged with assault following a recent incident at her home. On Dec. 23, Flack pleaded not guilty. A trial is due to begin in March, per the Independent.

Whitmore — who received a seal of approval from Flack on Instagram — has been dating Stirling since 2017. "She’s great, isn’t she?" Stirling said of his girlfriend live on Loose Women. When asked if he loved her, he replied: "Yes, I love her," jokily adding: "And there is mortgage commitments that need to be considered."

The 31-year-old comedian also revealed that he will, in fact, get to see more of Whitmore than if she hadn't of got the presenting gig, despite them having completely different roles. Explaining that Whitmore will be flying out to the new South African locale "every now and again," Stirling said he remains on set "the whole time." He continued: "They take me to a hot country and then put me in a box. I could do it in a shed in my house." The couple's time together may be fleeting, but I suppose it's better than not seeing each other for almost two months.

Stirling also opened up about his working day on the Love Island set. It starts at 2 p.m. and he only sees the edited footage shown on TV to the public. From there, Stirling adds his famed comedic voiceover. The comedian joked that he spends his mornings going for a run, adding that now Whitmore will know what he's really been up to.

Little is known about the upcoming series, including who the contestants will be. All will be revealed on Jan. 12, 2020.