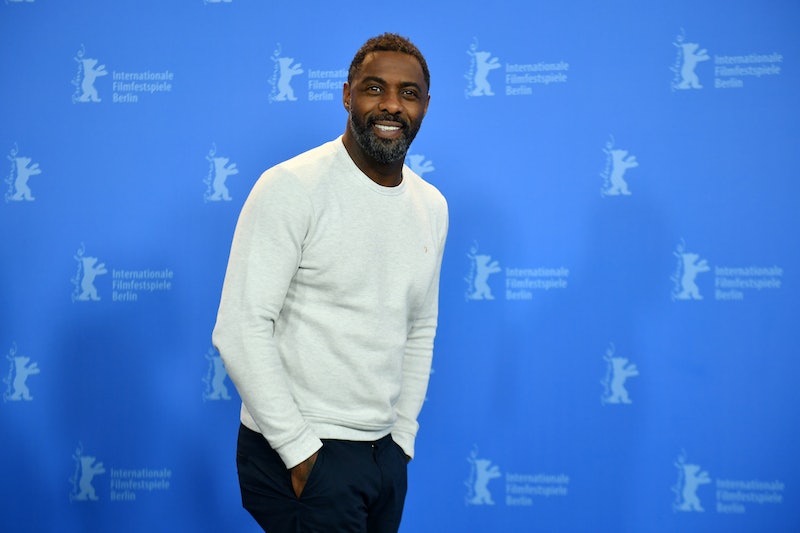 Every year, Coachella, one of the biggest music festivals in the country, throws a massive bash filled with some of the biggest acts in music in Palm Springs, CA. Last year, headliner Beyoncé took the festival by storm, and Coachella's 2019 lineup is hoping to match that energy with headliners including Ariana Grande and Childish Gambino. But while one might expect to see those last two at a music festival, there's one act that has some people scratching their heads. Idris Elba is playing at Coachella, and seeing his name on the lineup has left fans super confused. However, this won't be his first musical gig; Elba has actually been a musician for a while now.

On Jan. 2, the official Coachella Twitter page posted the lineup for the majorly popular festival. The two weekends listed are the second and third weekends in April (12-14, and 19-21), with Childish Gambino headlining Fridays, Tame Impala taking on Saturdays, and Ariana Grande taking the main stage on Sundays. The rest of the lineup is honestly a legendary one, with Janelle Monáe, The 1975, Solange, Khalid, Bad Bunny, and more scheduled to perform. But one name that not a lot of people were ready to see on the list of 2019 Coachella performers was Elba's, even though the actor has been a DJ for years.

Fans of Elba's work in front of the camera (be it from his role on BBC's Luther, the campaign to have him cast as the next James Bond, or his current status as People's Sexiest Man Alive) weren't all familiar with the actor's musical side. Now, the announcement that he's playing on both Saturdays of the festival (April 13 and 20) has finally brought his DJ career to the forefront. And people don't know how to deal with this information.

However, fans of his music were quick to point out that Elba's not just a DJ on the side, he's actually had some pretty good hits. He's been on the music scene since the early 2000s, appearing in a music video with Fat Joe and he even DJ'd for 2007 NBA All Star parties. Writer Britni Danielle, on Twitter, shared a clip of his song "Sex In Your Dreams," released under his musical moniker Big Driis. It's a laid back song with an addicting beat and good lyric flow.

Elba was also featured on Macklemore & Ryan Lewis's 2016 song "Dance Off." And one of his EPs, High Class Problems Vol. 1, which came out in 2010, is available for download on Amazon, if your mind is currently being blown and you need more Driis.

Fans who follow Elba on Twitter might have already known he was a musician, anyway, since he's tweeted about it in the past quite a lot. In 2012, Elba tweeted about DJing with David Guetta and will.i.am. In 2015, a fan asked him what he can't do over Twitter, listing acting, DJing, and his clothing line. Elba wisely responded, "I believe you should live life fully." Not to mention his recent casting in the new film adaptation fo Cats, the Broadway musical.

Elba posted the Coachella lineup poster on Jan. 2 as well, tweeting, "See you in the desert👀🌵." Even though he's more widely known for playing Heimdall and DCI John Luther, DJ Big Driis is surely going to mike the Palm Springs festival one to remember.