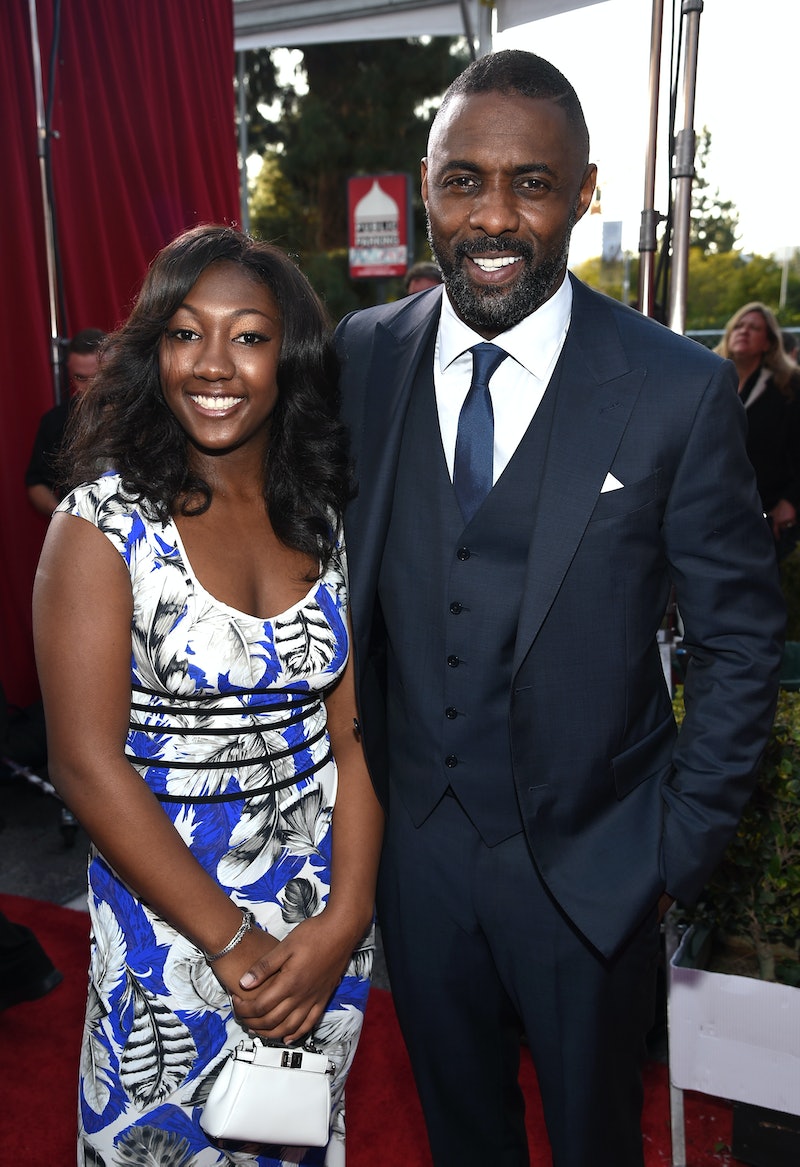 The Golden Globes are this Sunday, and Idris' Elba's daughter Isan has a very special part in the awards show. According to Variety, Isan Elba is using her role as Golden Globe Ambassador to highlight mental health issues, something that's near and dear to her heart.

As the 2019 Golden Globe Ambassador, Elba will help hand out the awards during the show, but that's not her only role. She'll also help shed light on the Hollywood Foreign Press Association's charity work, the HFPA explains on their website. And that includes her focus on mental health issues, especially those affecting African-American people, as well as teens in general.

"My mom suffers from mental illness and being able to have this platform, and talk about something that I care about and that hits home, was really like, 'Yes, I have to do this,'" Elba explained to Variety. "And after this, I will still continue to advocate for mental health. And in the African-American community and among teenagers, because I'm both, and it's such taboo in both communities."

When Elba revealed her role as the Golden Globes Ambassador back in November, she took the time to address mental health issues in her announcement, too. "I am so elated to announce that I am this year's Golden Globe Ambassador," she wrote on Instagram. "I am so honored that the HFPA has chosen me and I look forward to representing the Globes while also shining a light on mental health among African-Americans and teenagers!"

Elba's decision to focus on mental health in the African-American and teenage communities is a necessary one. According the National Alliance of Mental Illness' website, "African Americans are 20% more likely to experience serious mental health problems than the general population." Additionally, NAMI's website states that approximately one in five teenagers "experiences a severe mental disorder at some point during their life. The organization also acknowledges that there can be a stigma in talking about these issues. So Elba's focus on making the topic less "taboo," as she called it, could benefit countless people.

In addition to speaking about mental health, Elba also discussed some of her favorite works from this year during the conversation with Variety. She mentioned Ryan Murphy's show Pose, calling it "a great representation."

"It's about the transgender community and I thought it was so interesting because you have the balls, but it's not all about glamour," she said of the FX show. "It's about what they went through and the hate that was put toward them. It's so upsetting and sad that that had to happen."

Elba also acknowledged her dad's comments supporting the #MeToo movement, saying that she "loved what he said." (Last year, Idris Elba told the Sunday Times that as far as things go for men in Hollywood, "It's only difficult if you're a man with something to hide.") "It was one quick short statement, but it has influence and I think it was really really cool that he's said that," she told Variety of her dad.

Elba's comments about mental illness, as well as the #MeToo movement and transgender representation, show how intersectional her mindset is about some of today's most prevalent issues. She and her dad seem to be on the same page about social justice. And based on these comments, she's a great pick to serve as the Golden Globes Ambassador this weekend.