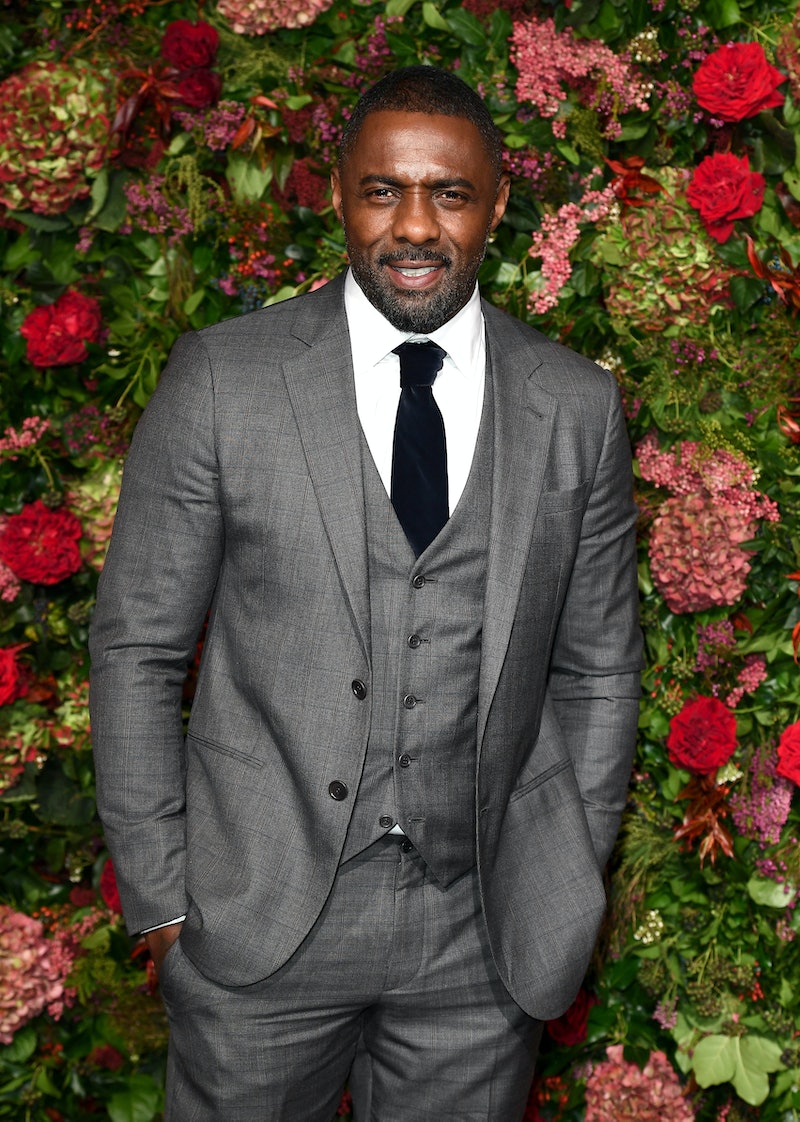 Despite what some of its critics might argue, the #MeToo movement isn't about taking all men down, and its advocates don't have a hidden agenda. Fortunately, there are people like Idris Elba here to set the record straight. Idris Elba's comments about the #MeToo movement show that the Luther star totally understands what it's about, and he's here to support the people who have come forward.

During a conversation with the U.K.'s Sunday Times, Elba was asked if being a male actor has been more difficult since the movement started, according to Vanity Fair. His response gets right to the point: If men in Hollywood haven't mistreated other people, then the movement won't affect their careers.

"It's only difficult if you're a man with something to hide," Elba told the Sunday Times, according to Vanity Fair. His words are succinct, but his statement perfectly sums up why the backlash to the movement is misplaced.

Naturally, fans were loving Elba's response, with Twitter users writing that the actor "continues to be perfect" and praising his statements. "This is why Idris Elba is the sexiest man alive," Twitter user @softkoshgord wrote, referring to the 2018 title that People magazine gave him last month.

It's a little odd that Elba was asked that question in the first place, but the Cats actor nailed it with his response. And his comments stand in stark contrast with those of other actors who've offered misplaced ideas about the #MeToo movement, as Vanity Fair noted.

For example, Matt Damon said last December that "there's a spectrum of behavior" when it comes to sexual misconduct. "I do believe that there's a spectrum of behavior, right?" he said during a "Popcorn With Peter Travers" segment for ABC News last year. "And we're going to have to figure — you know, there's a difference between, you know, patting someone on the butt and rape or child molestation, right? Both of those behaviors need to be confronted and eradicated without question, but they shouldn't be conflated, right?"

Damon was criticized for his comments and he issued an apology on the Today show. Other actors, including Henry Cavill, have also apologized for their statements about #MeToo.

The misplaced comments about #MeToo came from outside Hollywood, too. When Matt Lauer was fired last November, Fox News contributor Geraldo Rivera tweeted that "news is a flirty business," calling Lauer a "great guy." Rivera, too, issued an apology for his statements.

Recent reports about sexual misconduct, such as Eliza Dushku's $9.5 million settlement with CBS, show that the movement is far from over, especially in Hollywood. So it's essential to have allies like Elba defending sexual assault survivors and shutting down misconceptions about the movement. #MeToo isn't about hating men or kicking them out of the entertainment industry. It's about creating safe work and living environments for people of all identities — and that's something everyone should get behind.