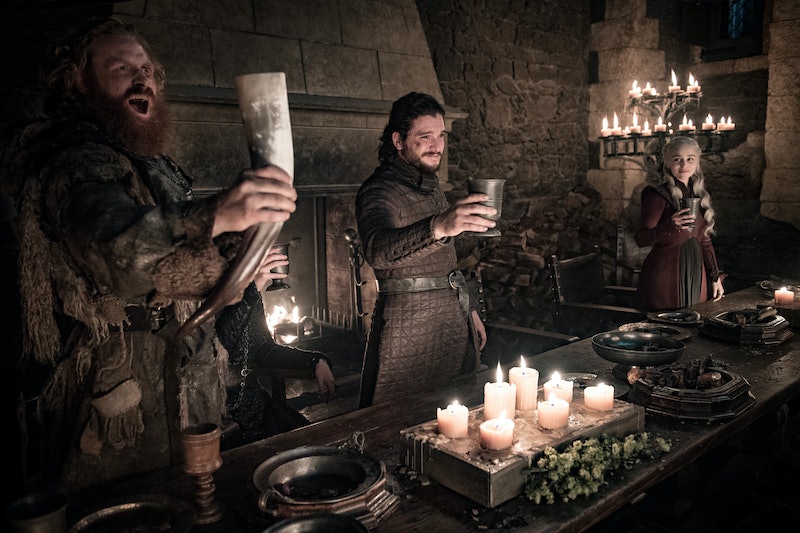 Game of Thrones is officially more than halfway through its final season, which means one thing: We are only two episodes away from finding out who is going to be sitting on the Iron Throne in the very end. For eight seasons and even more years, we have been watching the various leaders of Westeros battle it out to settle on their one true leader. Is it going to be Daenerys Targaryen, who has been working towards this very moment her entire life? Is it going to be Jon Snow, who doesn't really want to be the king but actually has the rightful claim? Is it going to be Sansa or Arya Stark, who don't actually have a claim to the throne but probably deserve it the most? Will it be Cersei, who will destroy everything? It's impossible to know!

Even if we can't figure out what's going on behind the scenes with the writers, though, we can speculate on who we think would make the best ruler of the Seven Kingdoms — and a lot of that has to do with astrology. Zodiac signs can tell you so much about a person, including whether they're truly fit to rule or not, and there's one zodiac sign that would win the Iron Throne over the others.

There are actually a few zodiac signs that could be in the running for this huge title. A Virgo (like, for example, Tywin Lannister) is practical, analytical, smart, and hardworking enough to have the brains to be a leader like this. The only problem? Virgos can also be shy and way too overly-critical perfectionists who might not be able to keep things balanced. Then there's a Leo (like Robert Baratheon), who is a bold leader who absolutely loves being in charge — it's just that, well, Leos love to be in charge a little bit too much. You could even argue that a Capricorn (like Jon Snow!) would be a good leader. Capricorns are dedicated hard workers who know how to get the job done. Unfortunately, they can also be a little too negative to rule.

So, the one sign that would probably do it best? It's a tough pick, because all of them have a negative side that could go against them, but it would probably be... an Aries. Are you really that surprised?

Aries is a Fire sign who is known for being a leader. In fact, an Aries was basically made to be a leader. As far as strengths go, an Aries has the bravery, confidence, and passion required for someone who is going to rule the Seven Kingdoms. They like to always be doing something, and they are very social people who know how to command a crowd — and get people to follow them religiously. They have a ton of energy, they are just competitive enough, and they are even incredibly organized. They fight for what they want and they have the confidence to back up that goal-oriented mind.

Of course, an Aries isn't perfect. They can be quite impatient when they aren't getting their way immediately, as well as moody and impulsive (and no one really wants an impulsive leader). They can also be pretty aggressive, which could work for or against their favor as someone who is sitting on the Iron Throne. Still, if the right Aries had the right counsel, they could be an excellent candidate. Maybe even the only worthy candidate!

So, who is an Aries in the Game of Thrones universe? It would have to be Daenerys. She has proven herself to be a strong-willed, capable leader who can gather followers quickly and who needs her impulses checked sometimes. She's basically a classic Aries!

Does this mean Dany is going to win the Iron Throne? Who knows! But maybe she should... if her zodiac sign has anything to say about it.