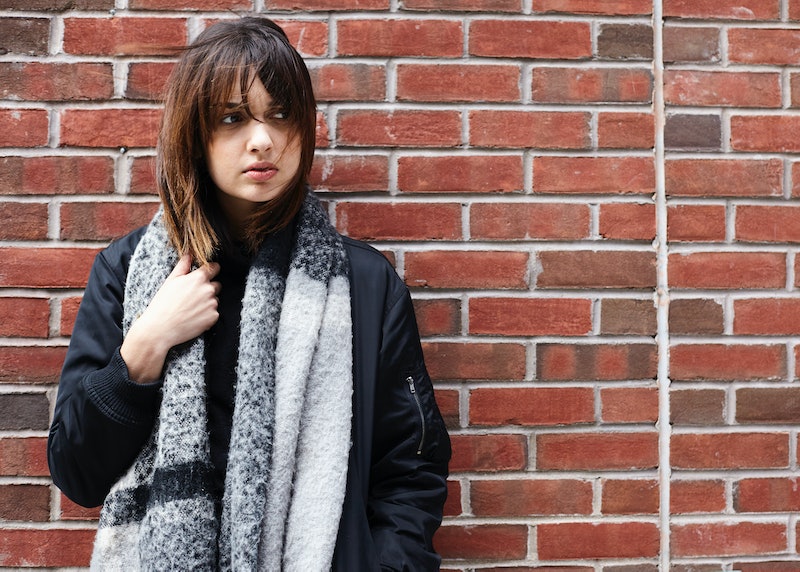 If you are wondering who joins cults and why, the short, but creepy answer is that pretty much anyone can get sucked into them. "That is the insidiousness of mind-manipulation," Lisa Kohn, a cult survivor and author of the upcoming memoir To the Moon and Back, tells Bustle. "Nearly anyone can be manipulated by the promise of a better tomorrow or the answers to their questions or a sense of their inherent rightness (or sinfulness)." But there do seem to be a few personality traits that can make someone more likely to join a cult, that these organizations (for lack of a better word) often play into.

Depending on someone's personality and what they're seeking in life, they may be a bit more susceptible to what a cult promises. "Cults prey on vulnerability ... to facilitate their cause," psychologist Dr. Michele Barton, director of Psychology Life Well, tells Bustle. "Cults seek out the disenfranchised and outcasts. People most in need of support are lured in by the prospect of belonging somewhere or to something meaningful."

And that's why cults can seem so great, at first, as well as why it can be difficult for people to realize they're even joining one. As Kohn says, "Every right-minded person would most likely say, 'I am not susceptible to a cult.' And every person I know and knew who was in a cult would tell you that they were not in a cult." But again, this is all part of the brain-washing. "Once you’re in, you know it’s right, and therefore it’s not a cult," Kohn says.

While it's certainly possible for a person to leave a cult, it can be tough for them see it for what it is. So recognizing which personality traits cults are looking for can be the best course of action, in order to avoid getting sucked in in the first place. Here are a a few personality types cults tend to look for, when they're out recruiting new members.