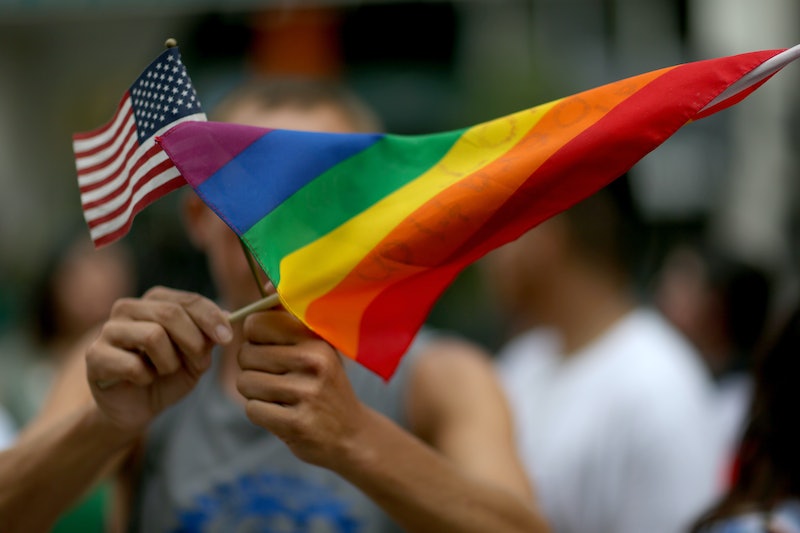 On Wednesday, news broke that Trump’s administration rescinded federal guidelines specifically protecting bathroom access for transgender students. These guidelines, put in place by the Obama administration, allowed students who are transgender to use the bathroom that corresponds with their gender identity. The news was met with outcry by people already taking to the streets and even the White House to protest for transgender rights.

A note to my fellow cisgender women and men: If you were one of the more than two million people who participated in the Women’s March, you need to show up for trans rights.

If you are someone who considers themself a feminist, if you support human rights, if you actually believe all people were created equal, if you truly love thy neighbor: you need to show up for trans rights.

You need to do the work for and with your transgender family because they have shown up for you.

The Women's March was valuable for a lot of reasons. It was not without its flaws, and the criticisms of it are more than valid; but it also showed how powerful resistance can be, and that is no small thing.

Unless you are a puppy (omg hi) or a sentient robot (omg congrats on your inevitable usurping of the human race), you also fall into one or more of the above mentioned categories, and probably a whole lot more I haven't mentioned, too.

The trans community needs allies. Show them they have at least two million.

Rule number one of being a good ally: Listen first, then speak. And always, always speak up, not over. This video by Franchesca Ramsey on how to be a good ally is my go-to resource to keeping myself in check.

Do you know how your state stands on transgender rights? This infographic from Reuters shows which states have passed, proposed, and denied ‘bathroom bills’. Make sure your representatives are standing against Trump’s anti-transgender actions. Contact your congresspeople and make sure they know where their constituents stand.

Support organizations already doing great work to help the transgender community. A few to start with:

Let’s get to work.

All tweets have been included with the permission of their users.