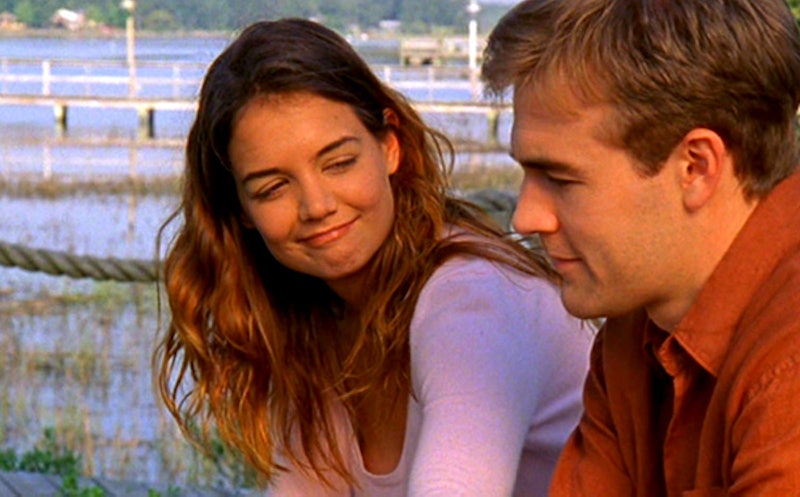 If you think about it, the TV show Dawson's Creek, which ran on The WB (now The CW) from 1998 to 2003, was probably the original millennial TV show. Set in the small fictional town of Capeside, Massachusetts, the show stars James Van Der Beek as Dawson Leery, Katie Holmes as his best friend (and love interest) Joey Potter, Joshua Jackson as their fellow best friend Pacey Witter, and Michelle Williams as Jen Lindley, the new girl from New York City.

Known for its teen characters' usage of "big words" — think of characters who talk like the protagonists of John Green novels — Dawson's Creek frankly and honestly dealt with issues of sex and romance, identity and the future. The show became a benchmark for every teen drama that was to come.

But if you think that the show's ships aren't one of the most lasting contributions Dawson's has made to pop culture, you'd be mistaken. And whatever your personal feelings about the pairings on the show, you have to admit that the first major ship to set sail on the show was Dawson Leery and Joey Potter. The childhood best friends had some serious sexual tension when the show began, and dated on-and-off throughout the next six seasons. If you love the friends-to-lovers trope, complicated relationship dynamics, and some serious drama, these 11 books are for you: