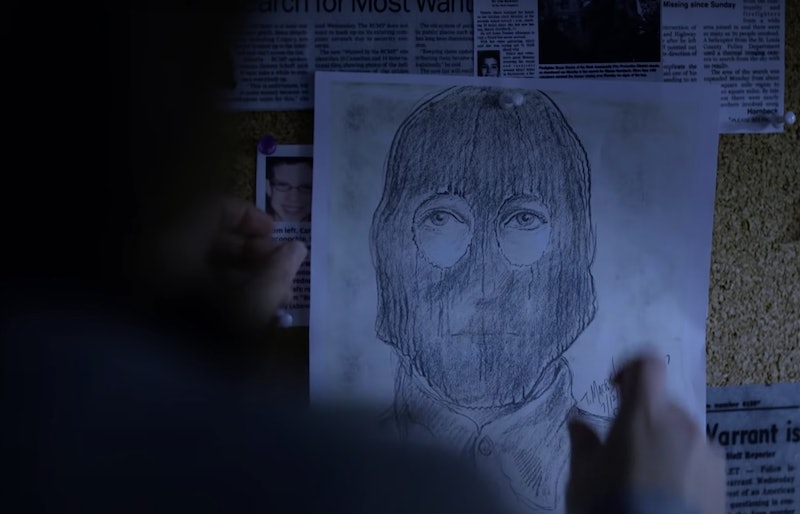 A chilling new documentary series, I’ll Be Gone In The Dark, is coming to HBO and today (May 6) we finally have a taste of what's to come thanks to its new trailer. The six-part series will deep dive into one woman’s quest to uncover the truth about the Golden State Killer – a man who, between 1974 and 1986, was responsible for 100 burglaries, 50 rapes, and 13 murders.

The documentary is based on the New York Times best-seller, I'll Be Gone in the Dark: One Woman's Obsessive Search for the Golden State Killer, by Michelle McNamara. This series will be as much to do with the true-crime author searching for answers as it will be about the killer. I'll Be Gone in the Dark will document McNamara’s obsession with the case and the important investigative work she undertook, which eventually helped in the capture of the Golden State Killer some four decades after his crimes were committed.

“The tragedy of this case to me is that it’s not better known,” McNamara’s says in the haunting new trailer, which shows her tirelessly looking for answers on the web, while simultaneously writing the book. “What drives me is the need to put a face on an unknown killer.”

Sadly, McNamara was unable to finish her book due to her untimely death in 2016. Her husband, actor Patton Oswalt, completed her book with the help Paul Haynes, a crime writer and journalist Billy Jenson.

While McNamara wasn't alive to see the killer she was so determined to unmask be brought to justice, her book led to a growing public interest in the case. According to Tyla, just two months after the book was published, a suspect Joseph James DeAngelo, aged 72, was arrested for the crimes. Speaking to the New York Times after the completion of the book, Haynes said: “I finally had the name and the face that we’ve been seeking for seven years, the name and the face that Michelle died trying to uncover.”

I'll Be Gone In The Dark, premiers on HBO on June 28

More like this
A New Netflix Doc Will Explore The Unsolved Murder Of Jill Dando
By Sam Ramsden
This First Look At 'The Gold' Shows Jack Lowden In A Whole New Light
By El Hunt and Sam Ramsden
Joey Essex Is Rumoured To Be Dating A 'Love Island' Favourite
By Sam Ramsden
'Love Island's Haris Insists Street Fight Video Doesn’t Show Full Story
By El Hunt, Darshita Goyal and Sophie McEvoy
Get The Very Best Of Bustle/UK
Sign up for Bustle UK's twice-weekly newsletter, featuring the latest must-watch TV, moving personal stories, and expert advice on the hottest viral buys.