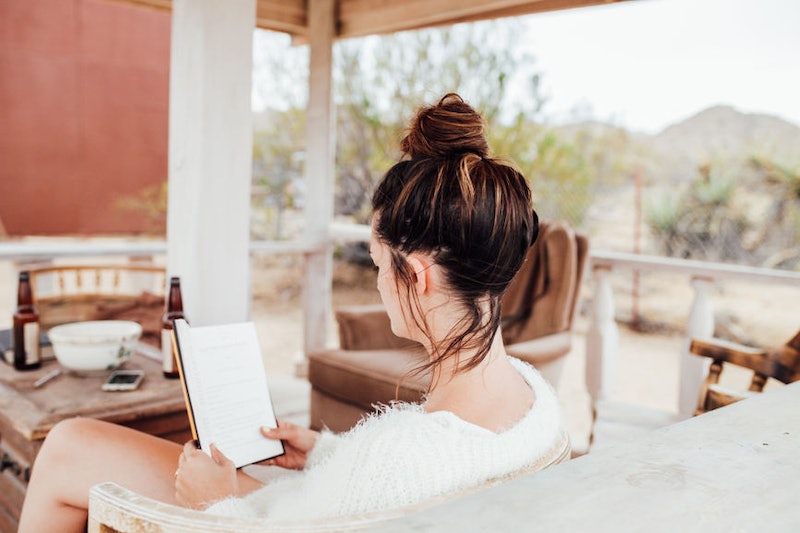 There it was, everywhere I looked. On pretty much every one of the Best Books of 2018 lists was the one book I hadn't been brave enough to pick up: Circe by Madeline Miller. Undeniably one of the most widely talked-about and celebrated books of 2018, Circe is a retelling of the Greek legend of Circe (a sorceress and the daughter of Helios, the sun god, and the ocean nymph Perse) to whom we are introduced by Homer in The Odyssey. Yet despite all of the fan-fare, and all of the many recommendations by readers I trust... I have not read Miller's book. Why? Well, I'm a little bit afraid of it.

It's not the plot that frightens me. Miller tells the tale of Circe, strange daughter of gods, who learns that she possesses the power of witchcraft. Threatened, Zeus banishes her to a deserted island, where she hones her occult craft, unwittingly drawing the wrath of both men and gods. At its heart, Circe sounds like so many of the books I love, in which a powerful woman must grapple with her place in a society that does not understand her, harnessing her undeniable power and figuring out where she truly belongs. But every time I heard this book discussed at length, I felt like it was by someone who loves Greek mythology, who has read the subject in-depth, or who otherwise opened Circe with some amount of pre-obtained knowledge.

Sure, I read The Odyssey in college. I've studied Greek and Roman mythology in school. But I am the farthest thing from a classicist. And as a typical Capricorn, I will freely admit that very few things annoy me more than feeling like a total newb. "What do I know about Greek myths?" I asked myself every time I passed Circe at a bookstore. "This book is going to go right over my head. I won't get the references. It's not worth my time." This, my reader friends, is what is known as "imposter syndrome": the feeling that everyone else knows something you don't and you're about to be caught out at any moment.

I never really thought that I had bookish imposter syndrome, but the reality tells a different story. I get intimidated by experimental literary fiction from the likes of Ali Smith and Karen Russell. I shy away from adult fantasy because I think that the world-building might be too complex, and they're often incredibly long reads. Forget about figuring out if I even like these books, or whether I even want to read them: the thought it so often that I can't enjoy them, or can't read them. I've let myself do the same exact thing with Circe.

So, why is Miller's book right now sitting in my online shopping cart, waiting to be purchased and added to my currently reading pile? Patti Smith. Patti Smith's memoir Just Kids is one of the most beautiful I've read, so when she released her follow-up, M Train, in 2015, I read it immediately. From M Train, I got something unexpected: beautiful essays about grief and loss and writing every day, yes, but also tons of references to writers, artists, TV shows, conferences and other stuff I had never even heard of.

Surely, if I had known the amount of things Smith references that would do just what I had always feared — sail right over my head — I would not have picked M Train up at all. But I immensely enjoyed my reading experience. There are essays and ideas in this book that I shudder to imagine never having absorbed. And all those things I didn't know? Well, that's why they invented Google. But even without a reference tool by my side, I still would have enjoyed M Train. Because, when I read that book, I embraced — and I know this is a wild concept — that sometimes you don't have to know everything. Books should be as much about learning as anything else, and there is nothing better than broadening your horizons through a great read.

So, I will soon be joining all of the Greek myth lovers (and all of the many, many people I now fully accept have read this book with no prior knowledge of mythology whatsoever) by reading Circe in 2019. And if you've been holding off on picking up a scary read of your own, I think now is as good a time as any to conquer it — and reader imposter syndrome — once and for all.