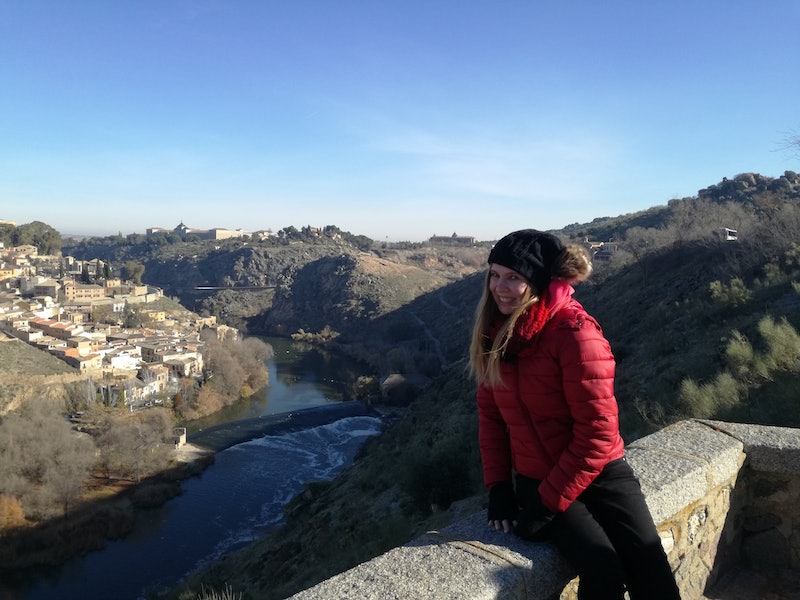 When it comes to dating, timing is everything: You can meet the most seemingly perfect person and have the best date, but it may not matter if the timing’s off. It may be a case of the “right place, wrong time” — whether you live in different countries and don’t want another long-distance relationship or you both just want different things. Lately, timing seems to be a big factor in my dating life; I decided to give up dating apps for 2019 and rely on the old-fashioned way of meeting people: in real life. For the most part, it’s been working, but timing is a continuing issue.

That said, my first date this year couldn’t have been better. We met at a friend’s party, one I initially thought I’d miss from being out of town. We ran into each other — elbow to elbow — at the food table, and started analyzing which hors d’oeuvre was better — the mini caprese sandwiches or the stuffed peppers. His name was Brian*, and as we sampled every appetizer on that table, we discovered we were both from the Midwest, had mutual friends, and had similar career backgrounds. “I prefer meeting someone the old-fashioned way, in person,” he said. Hours later, we helped the host clean up that same food table, eating the final few hors d’oeuvres as we did so, then parted ways. Before he left, he asked for my number.

A few days later, he made good on his promise and called (!) to make the date. He picked me up exactly on time, and had arranged surprise plans — he even brought along an extra jacket in case I got cold because some of the plans were outside. He was charming, cute, funny, and polite — one of those guys who not only walks on the street side when you walk down the sidewalk, but also the kind who pulls your chair out for you when you sit down for dinner (yes, we had dinner!).

There never seemed to be a lull in our conversation; instead, we couldn’t stop laughing. We had so much in common, from our values to helping the homeless. And when he dropped me off afterwards, talking “a couple more minutes” in the car turned into a couple more hours. As for the goodnight kiss, let’s just say fireworks may have appeared over our heads.

You Can’t Force Timing To Align

After so many underwhelming first dates, you forget that good ones happen, too, and you appreciate them more as a result. But, there was a catch: At the end of the date, I got a significant clue that our timing was off.

“You know, you were my first date since my ex,” Brian told me.

Part of me was flattered while the other part of me felt uneasy. Had I known this sooner, I probably would have put us both into a time capsule and said let’s go out in a year. Or two.

Although Brian hadn’t been married, he’d been in a long-term relationship until about a year ago. But maybe enough time had passed since his ex and he was ready to date, I thought. So I saw him again. After the second date, I got a clearer picture of Brian’s intentions — that he “just wanted to have fun.” In the past, I’d been that girl in denial: I know he said he doesn’t want a relationship, but I’ll get him to change his mind. However, experience taught me that people need time to grieve their last relationship, and date around; you cannot rush them or their process. I want to focus on someone who has the same dating goals I do: to date with the potential of a relationship.

I was upfront with him that we weren’t on the same page — and he went from consistent contact to barely any. He wasn’t wrong in what he wanted; it was just wrong for me. A few days later, I flew to Chicago for family reasons and he warned me that he was starting a new job that would require him to work close to 24/7.

A difference I’ve noticed between meeting someone in real life versus on an app is that they may not immediately tell you what their intentions are. You won’t always know what their dating timeline looks like compared to yours. Although not all apps require this information, nor will everyone state it either, it does help when filtering through people. But when you meet someone at a party, like Brian, it’s not like they’re wearing a name tag that says, “Looking for something casual.”

Instead, You Can Try To Meet Someone Whose Timing Aligns With Yours

A few weeks later, I decided to try speed dating at a ski slope. I attended a media event called Chairlift Speed Dating that took place at Wilmot Mountain, just an hour North of Chicago, cohosted by It’s Just Lunch, a personalized matchmaking service. I attended it as a media event, but also wanted to see if I’d have any luck meeting somebody. And, with a tagline like, “Find your love on the lift,” how could I resist?

Although people could sign up on the spot, if you did so in advance, It’s Just Lunch sent you a questionnaire, asking you questions to gauge your compatibility with the other participants. Then, at the event, the matchmaking service paired up skiers, though you also had free rein to speak to anybody you’d like.

Back when my friend Jason was single, he said one way to not be single was to never miss a social event. But I was a bit nervous because I’m a much better cross country skier versus downhill, and this was strictly downhill. Luckily, the event said there were others who would not be skiing either. Phew! There were about 85 people total, ages 23 through 68 (though the event was open to 21-to-70). A cute guy, Sam*, and I spoke briefly, but we were then separated by skis — literally. Mid-conversation, he’d been matched with a woman and it was time for them to hit the slopes, so he grabbed his skis and off they went.

Throughout the course of the event, I befriended several people, mostly women — and then, low and behold, who did I run into at the end? Sam. Similar to Brian, Sam had gotten out of a long relationship, too — but several years ago. Unlike Brian, Sam said he was looking for a relationship; he was tired of online dating and one-off dates. We talked until the event ended, and then some; the sun set and the ski resort restaurant closed.

He asked when I was free to meet again, this time on purpose — but I was about to fly back to L.A. Ah, timing. As we shook hands and parted ways, Sam said, “You never know about the future; I actually head to the West Coast a lot to ski.” Suffice it to say, I have heard from Sam much more than I have heard from Brian.

In both instances, no guy’s timing was wrong, per se; our timing just didn’t match up. But the romantic in me can’t help but think, with the right person, the timing will be right.

*Notes names that have been changed for anonymity.