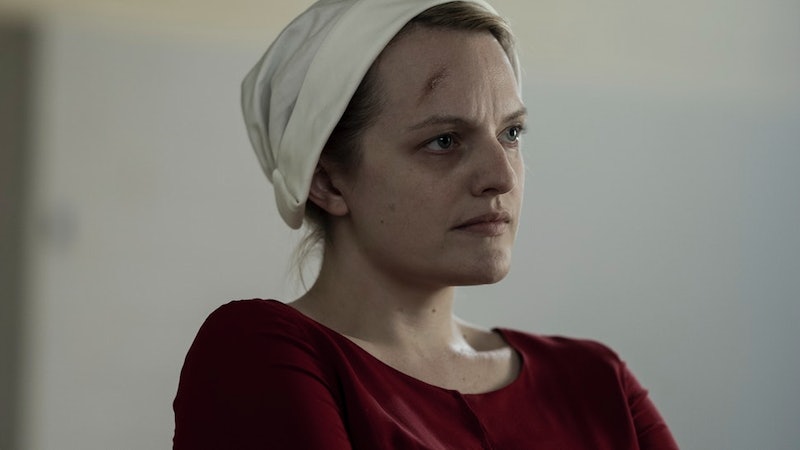 Margaret Atwood's long-awaited sequel to The Handmaid's Tale, titled The Testaments, hits stores on Sep. 10, but the novel is already generating a lot of media attention. On Wednesday, TIME reported that The Handmaid's Tale sequel is coming to Hulu, in addition to being shortlisted for the 2019 Booker Prize. Here's what we know so far about The Testaments and its upcoming page-to-screen adaptation.

When readers closed the cover on The Handmaid's Tale back in 1985, they were left not knowing what had happened to the novel's eponymous heroine, Offred. Possibly pregnant with the child of her lover, Nick, Offred leaves the Commander's house in a black van, which may belong to the secret police group known as the Eyes, or — as Nick, an Eye himself, assures her — to an underground resistance movement called Mayday. Even Offred doesn't know what is really going on, so she "step[s] up, into the darkness within; or else the light."

Now, 34 years after The Handmaid's Tale first appeared on store shelves, readers may finally get an answer to the question of Offred's fate. The Testaments picks up 15 years after the novel's end, and it centers on three very different women whose lives have been affected by the fictional, post-U.S. country of Gilead. Agnes is a Gileadean girl, "pre-chosen to marry a Commander," who rejects marriage. Daisy is a Canadian teenager, who learns that she was born in Gilead, a country she despises, where she is known as "Baby Nicole." And Aunt Lydia is, well, Aunt Lydia — the cruel zealot who operates the Red Center, where Handmaids are trained.

Fans of Hulu's The Handmaid's Tale will remember that Offred's long-lost daughter, Hannah, was renamed Agnes by her adoptive parents. On Tuesday, The New York Times confirmed in a review of the new book that the Agnes of The Testaments is the same child Offred and Luke lost in their failed flight attempt. That won't surprise anyone who has been keeping up with the snippets of information leaked about The Testaments, given that Agnes recalls "running through a forest with someone holding my hand," in an excerpt published by The Guardian.

The New York Times also confirmed that Daisy/Nicole, one of the other narrators in The Testaments, is Offred's daughter with Nick. In Gilead, Nicole is regarded as a "poster girl martyr," who was kidnapped by her terrorist mother and smuggled out of the country. In Canada, she's just plain old Daisy, the daughter of thrift store owners.

Agnes' story isn't the only connection between The Testaments and the Hulu series, however. According to TIME, "Atwood, who started writing The Testaments before the show premiered, has worked closely with [showrunner Bruce] Miller and his team on each season, advising on story plans, details about Gilead and aspects like character names." She would not allow Miller to kill off Aunt Lydia, threatening to "have [his] head on a plate" if he did. Ann Dowd, who plays Aunt Lydia on screen, will also read her character's portions of The Testaments.

Was Atwood worried about ruining the continuity between her 1985 novel, Hulu's The Handmaid's Tale, and The Testaments? Quite possibly. There's little to be said about Hulu's adaptation of The Testaments at this time, as Miller and "his staff ha[ve] yet to read the closely-guarded book," but fans of Atwood and the Hulu series have plenty to look forward to in the coming days.