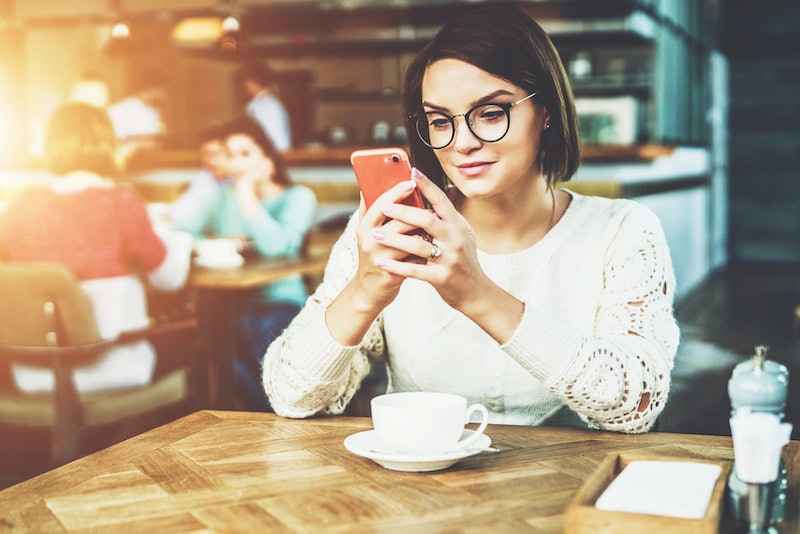 If you often feel like you're missing out on Instagram content, you're going to be thrilled with this announcement. On Monday, Instagram released a new feature called "You're All Caught Up," which aims to let users know when they've caught up with all of their followers' posts from the past two days. The days of post FOMO and frantically trying to look up all of your friends' accounts to see what didn't make it into your feed are gone. The mysterious algorithm will no longer keep us from seeing all that there is to be seen. Instagram knows just how much we like to stay in the loop so they're making it easy for us to catch up.

The new feature will show up in the form of a message: Once you've scrolled through all of the content that was posted in your feed over the last two days, you'll see the "You're All Caught Up" message. All of the content that loads after the message is content that you've already seen, plus content that's over two days old. What that means for you in the immediate future is that you can be present and enjoy your Fourth of July without being glued to your phone. Then, over the following two days, you can catch up on everything that happened on Instagram while you were living your best summer life. Now, you'll be able to scroll with confidence knowing that Instagram has your FOMO covered and squashed. You literally won't miss a thing.

What's more, this new feature will help to make it more obvious when a post was shared. We've all been in that awkward situation where we like a picture that's in our feed, only to find out that said mysterious algorithm hid the fact that the picture was days old. Then it looks like we were scrolling through that user's page rather than our own feed. And if you're shy about that kind of stuff, you'll be happy to know that it will be clear as day if the picture is recent or days old.

The feature will roll out over the next few days, and you'll know you have it when you hit the end of your recent posts and the message shows up. You might also notice that while you're scrolling through your feed, a little "New Posts" message will appear at the top of the screen to let you know that since you've been scrolling, new photos have been posted. You can either tap the message to immediately view the new posts, or check them out later. So while this new feature might sound pretty minor, it actually provides a lot of clarity. If you spend a lot of time scrolling through your feed, it can get a little disorienting. Now you'll know what posts are new, what posts are old and what's being added in real time. You'll also notice that you're getting a lot more content than you did before. With the algorithm adjusted, you might notice posts from accounts that you don't typically see in your feed. Aka, Instagram has just given another reason to spend even more time on the app than we already do. Goodbye workflow, hello feed flow.

If you don't get have see the feature, you can head to the app store and check for updates. Instagram likes to roll out their new features slowly to minimize congestion and tech issues — so just be patient. We can all look forward to enjoying epic firework posts long after the Fourth of July. With "You're All Caught Up" the fear of missing out is a thing of the past. Literally.