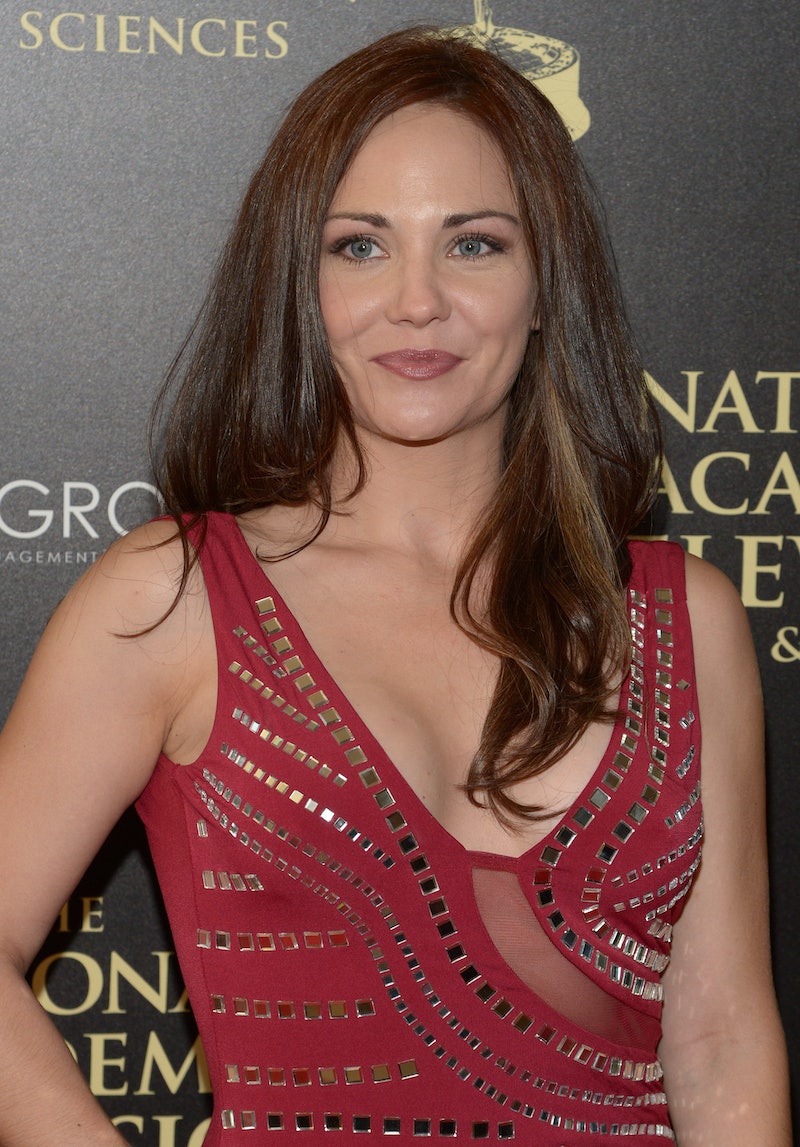 There’s nothing that will dissuade a person from wanting to re-unite with a long-lost loved one like a Lifetime movie. The network has a knack for putting a sinister twist on pretty much every situation and giving viewers serious trust issues. For example, the upcoming film A Daughter’s Deception isn’t based on a true story, but it turns a bittersweet experience into a complete disaster.

Per the film’s description, Jade Harlow portrays Laura, a mom who was forced to give her baby girl up for adoption years ago when she was a teenager. But Laura is given a second chance to develop a relationship with her daughter when Bree shows back up into her life. She welcomes her adult child with open arms in hopes that they will be able to bond and catch up on lost time, and it's all smiles and happiness until Bree begins to exhibit sociopathic behavior and becomes a threat to everyone in Laura’s life. Laura eventually discovers her murderous ways, and now, she'll have to somehow stop her daughter from embarking on an epic killing spree. That's one example of a heartwarming story gone wrong! Only Lifetime would put such an ominous twist on an adoption reunion story.

Sadly, there's no trailer to accompany this story, but the plot can be somewhat pieced together. Bree is probably a young adult who wanted to reach out to her mother. She's likely obsessed with the idea of them having a close relationship and feels threatened by anyone who she believes will come between them now. Laura will welcome her and completely ignore the first five to seven warning signs that Bree is a psychopath because she is blinded by wanting her daughter's forgiveness and approval.

It's not clear if Laura is married or has other children, but if she does, then at least one of them is going to bite it. There will also be some close friend who tries to confront Bree about her behavior and that person is gonna die too. It's never a good idea to confront the killer face-to-face unless you have a weapon or some type of backup.

This is when Laura will finally realize that Bree is full of deception and not the sweet baby girl that she gave birth to as a teenager. Bree and Laura will then engage in a major fight to the death. Bree will either die or end up badly injured and in prison so she can stew about how she will get out to exact her revenge. Of course, there will be some classic Lifetime twists and sweeping drama, but this synopsis is usually how these movies go.

Did Bree always know she was adopted? What happened to her adoptive family? When did she start going down a path of deception, murder, and rage? And what are her ultimate plans for Laura? The only way to find out is by tuning in on March 23 at 8 p.m. ET to find out the shocking truth.