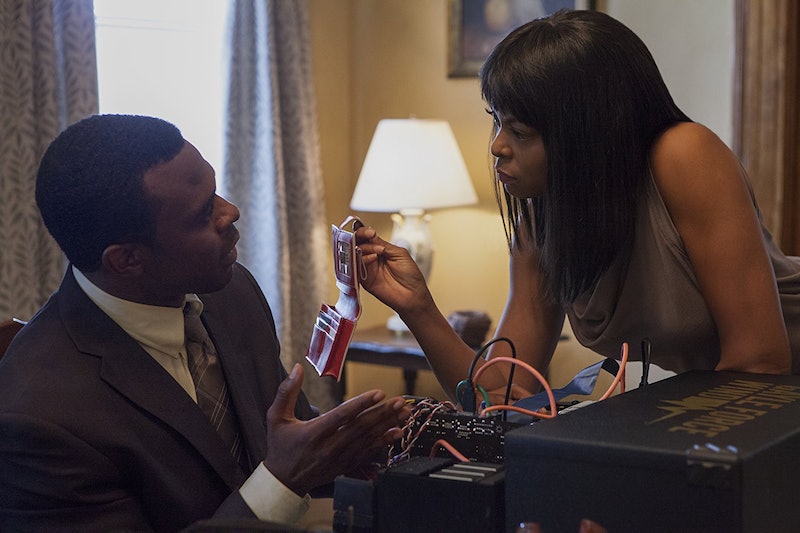 It's not. The movie was written by Perry himself, who also pulls directing and producing duties on the picture. Not only did Perry write the film, he also wrote it specifically for Henson to star in, as he thought the Empire star would do a stellar job portraying a woman scorned by a man and then sets out to get even. "Taraji was the only person I thought could pull this off," the writer-director told Hoda Kotb in a Today Show interview. That turned out to be a great decision, as Henson was able to tap into some of her own — though less extreme — history with relationships gone sour. "Love makes you do crazy things. I've been in situations where I look back and I'm like, 'Oh, I might have been a little off there. What was I thinking?'" the actor told the Today Show. Though she did go on to admit that she's never smashed a car window à la her character from the film.

"After doing Gone Girl, I wanted to play my hand in that field," Perry told B&B Theatres. "[Gone Girl director] David Fincher is so brilliant at telling that type of story, and I was talking to him and Ben [Affleck] and just watching the way the movie was shot, I wanted to try my hand at it."

Finally, in writing the film, Perry got a bit of inspiration from people in his actual life who have gone through similar situations in their relationships. "I have counseled a lot of friends of mine who were going through things, who just couldn't let it go in marriages and I would see both sides and be like, "How are you seeing this from just one side?" Perry told the Today Show. "

Acrimony is not be based on any specific true story, but rather it is a conglomeration of influences from iconic Hollywood thrillers and personal details from real people's lives that was turned into an original story by Perry.