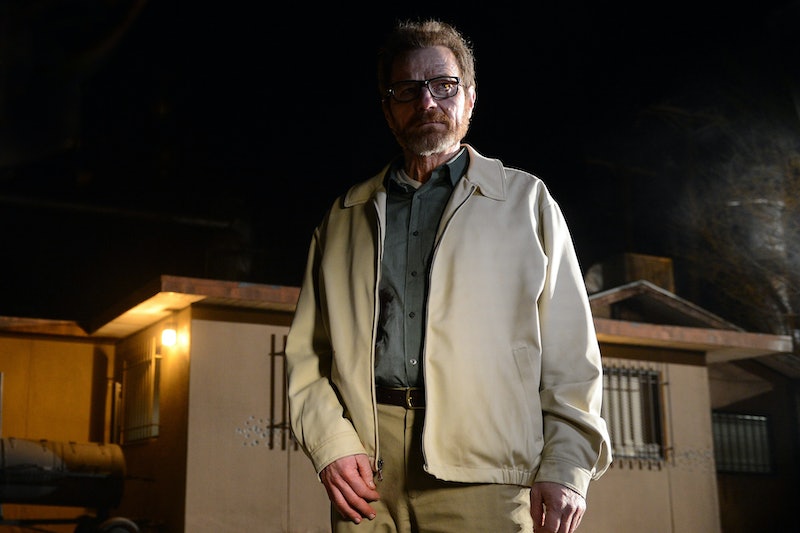 Netflix and AMC's El Camino: A Breaking Bad Movie catches up with Jesse Pinkman (Aaron Paul), who managed to escape from Jack's gang in the original show's series finale and is now on the run from the police as he attempts to create a brighter (and hopefully less dangerous) future for himself. But given that Jesse would likely be dead by now if it wasn't for Walt's help, it would make perfect sense for Bryan Cranston to appear in the Breaking Bad movie.

When viewers last saw Walt, he'd lost consciousness on the floor of the meth lab after being shot. When police arrived at the end of the finale and took his pulse, Walt was presumed to be dead, which Breaking Bad creator Vince Gilligan confirmed in the lead up to El Camino's premiere. However, that doesn't mean he couldn't still be part of El Camino in flashback scenes, something Cranston himself hinted at when asked about his potential involvement back in November 2018.

"Yes, there appears to be a movie version of Breaking Bad. But I, honestly have not even read the script. So I couldn't tell you," he said during an interview on The Dan Patrick Show. He added, "I have not gotten the script. I had not read the script, so there's a question of whether we'd even see Walter White in this movie! Think about that one."

During the same interview, Cranston did say that while he was unsure if the movie would include him, he was excited that it was being made and that he'd welcome the chance to participate.

"I don’t know if there’s an appearance — flashbacks, flash forwards —but I’m excited about it because it’s Breaking Bad and it was the greatest professional period of my life and I can’t wait to see all those people again, even if I just come by to visit."

Officially speaking, Cranston's name isn't on the cast list on the El Camino IMDB page, which could mean that the sequel doesn't include him. However, that could also be a red herring, and it's possible that Walt's return to the screen, however short and in whatever capacity, is being kept secret in the hopes of surprising fans.

This seems more likely if you believe a Revenge of the Fans report from January 2019 which claimed that Cranston was indeed on the cast list for the movie, which was going by the name Greenbrier at the time. However, this is speculation at best and Netflix as well as Gilligan have plead the fifth when asked to confirm.

"All I can say, I think people will be really happy with what they see," Paul told the New York Times in an August 2019 interview. Gilligan revealed even less in an interview with the Hollywood Reporter, only offering up the info that 10 characters from the original Breaking Bad will appear in the movie but naming only two—Skinny Pete (Charles Baker) and Badger (Matt L. Jones).

It almost seems wrong to make a Breaking Bad movie without Cranston's involvement, despite the fact that Walt is technically dead. Whether in flashbacks, dreams, or hallucinations (all possible when it comes to Jesse), fans will likely take an appearance from Walt in El Camino in any form.