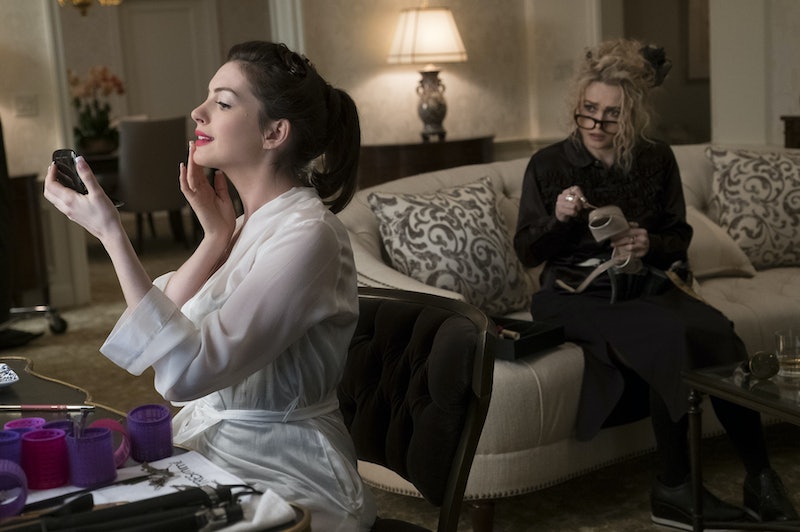 Minor spoilers to follow. Heist movies typically involve outlandish and complicated plots that stretch the limits of believability, and Ocean's 8 is no exception. The film's main story centers around a plan to swipe a $150 million Cartier necklace from the star-studded Met Gala, and it involves some pretty wild leaps of faith. One key plot point in particular that has people talking involves a scene where a replica of the necklace in question is 3D-printed to act as a dummy for the real thing, but could this actually happen? Is the crystal printing in Ocean's 8 real, or is this a bit of movie magic?

Generally, when people talk about crystal printing, they're referring to those stands at your local mall that will laser engrave your image inside a piece of glass. That's not what we're talking about here. So is 3D printing of replica jewelry possible? Probably not yet, at least not in one fell swoop like in the movie, but it may be soon. 3D printing is already used in some capacity in the jewelry industry, but not to the extent seen in the film. 3D printer company Envisiontec advertises their printers to jewelers specifically on their website, while online jewelry shops like Shapeways sell 3D printed jewelry directly to consumers. Products can get quite intricate, and include things like necklaces and bracelets made from materials like gold and silver. These pieces are first 3D printed as a wax mold which is then used to create the metal jewelry, which is still very impressive, but it's a far cry from printing out a completed diamond necklace. That's where Lockheed Martin comes in.

Lockheed Martin may be best known as a defense contractor that makes things like missiles, fighter jets, and other weapons of war, but they also are one of the industry leaders when it comes to 3D printing. They frequently 3D print metal pieces for various vehicles, and have even 3D printed parts for some of the U.S. military's satellites, according to their website. But in 2016, their 3D printing tech took a big leap when they filed a patent to print their own diamonds. According to Clare Scott of 3Dprint.com, Lockheed filed a patent that would allow them to print synthetic diamonds made of poly(hydridocarbyne), or PHC, which is a carbon-based polymer that acts as a precursor to the expensive gemstone.

Lockheed's patent describes their diamond-creating process, and it's pretty wild. As described by 3Dprint.com, the polymer would be added in layers, alternating with layers of ceramic powder, in the predetermined shape. Once all the layers have been applied by the printer, the materials are then heated until a process called pyrolysis takes place and the polymer changes chemical composition and turns into a synthetic diamond. Lockheed would use the diamonds for drill bits, cutting tools, and possibly even armor, according to 3Dprint.com. However, I was unable to find any information on the patent after the company's initial 2016 filing, and it's unclear whether or not Lockheed Martin is still pursuing diamond printing technology.

Even if Lockheed doesn't end up 3D printing any diamonds, it's probably only a matter of time until someone does it. Some pretty bonkers stuff has already been 3D printed, including working guns, electric guitars, prosthetic limbs, synthetic food, and even human organs, according to Paste's Angela Washeck. So given the current pace of the technology, someone printing a diamond necklace in the near-future doesn't sound too far-fetched.

Crystal printing like in Ocean's 8 may not exist quite yet, but the 3D printing industry has already accomplished some pretty amazing feats. And at the rate it's going, the technology to print a diamond necklace may even be a reality by the time Ocean's 9 rolls around.