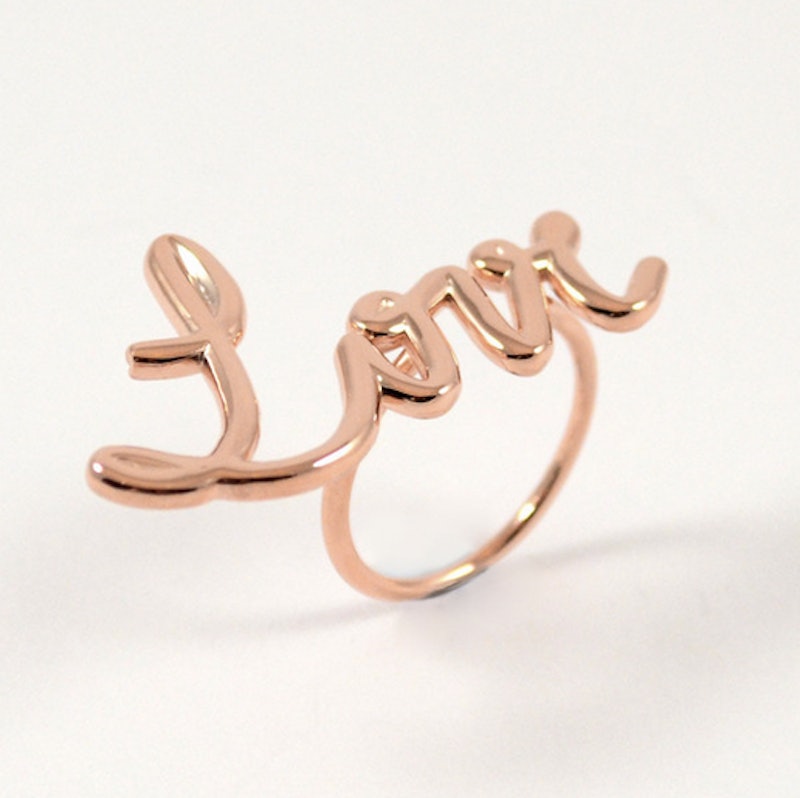 We hear about 3D printing all the time — whether it's the problem of assembling 3D printed guns, the exciting avenue of 3D-printed organs, or even the very (very) important fact that you can 3D print your own Batman suit. It's a concept that seems to be everywhere these days (if you're interested in the process behind it, check out this easy-to-digest little primer on the subject). And since you can create just about anything with a 3D printer, the avenues are almost endless — so could 3D-printed jewelry be the next big thing?

Perhaps! After all, it helps keeps costs (and production times) lower which is a big plus, especially where more expensive items are involved. Plus, it leaves more room for customization which is a great advantage for jewelry in particular. Some people have even started ordering custom engagement rings from jewelry designers that specialize in 3D printing, like the newly-popular American Pearl.

It's something that's been around a while — Neiman Marcus started selling 3D printed jewelry back in 2013, and Mindy Kaling created her own "Beyonce Pad Thai" bracelets at Google's "Made with Code" event (a program geared to help get young girls interested in coding) — but 3D printed jewelry could be on the verge of something big. After all, as the technology improves, the designs only get cooler... so with that in mind, here are some of the coolest 3D printed jewelry from around the web.

WonderLuk is a fairly new British company (they've been around since 2012), and their designs range from ultra-modern and geometric — like this fun take on a "diamond" ring — to downright cheeky (one of their rings reads "Crazy" in loopy cursive script).

Shapeways is kind of like Etsy, but exclusively for 3D printed items. Users can sell whatever they can possibly imagine, so of course you can get super-rad items, like these amazingly-rendered Pokemon gym badges.

Although American Pearl was first founded back in 1950, they've kept current in a pretty major way by making all of their designs customizable, thanks to the technology of 3D printing. This stunner will set you back a cool $105,000, but how cool is a personalized diamond necklace?

What do you think? Will you be giving 3D printed jewelry a try? I don't know about you, but I'm going for that diamond collar necklace as soon as I become the next Mindy Kaling.