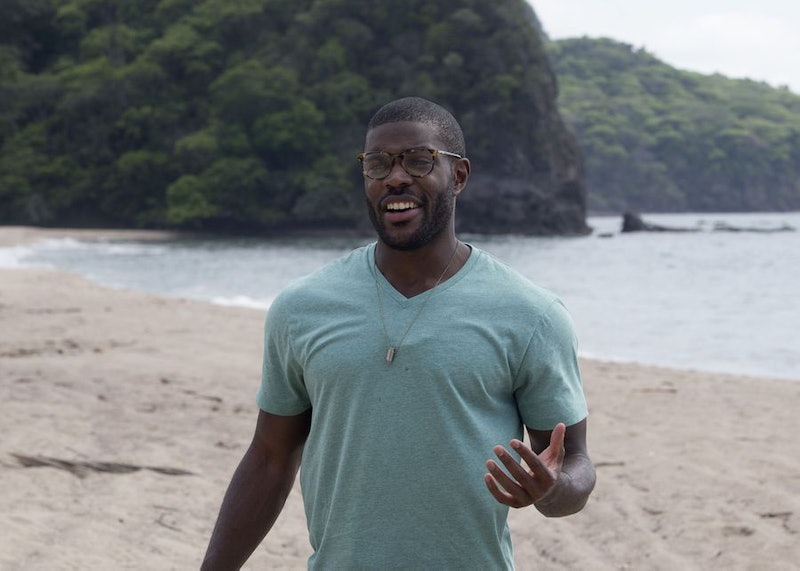 Looking for love can be hard to do, but Bachelor in Paradise makes things a little bit easier for the members of Bachelor Nation who didn't make enough of an impression to fall in love with either the Bachelor or Bachelorette. But arriving on a beach with a dozen other TV-ready singles can often mean even wonderful-seeming candidates can be overlooked. Is Diggy single after Bachelor in Paradise, or will he wind up leaving with more than just a pile of sand in his luggage? So far, Diggy has gone on a few dates, and Lacey certainly seemed upset when Dominique asked him out too. Usually, the most successful relationships on Bachelor in Paradise form almost immediately, so Diggy remaining unattached for this long might suggest that he'll wind up leaving the series still single.

But, of course, every person currently still cast on Bachelor in Paradise is obligated to keep their relationship status obscured, lest the lovey-dovey attitude of a newfound engagement spoil the remainder of the season. But while Diggy certainly seems like the kind of guy who deserves his shot at love, there's a few indications on his social media accounts that suggest that his trip to Paradise may not have been successful.

Clearly, Diggy is joking, but if you had a new partner, would you really make a joke about still being "out here looking for love?" Perhaps his new relationship hasn't reached emergency contact levels.

He Is Marathoning TV Hardcore

If you've been following Diggy on Twitter recently, you'll know that he is into the Netflix original series Ozark, big time. One of the major perks of being single? Never having to adjust your marathon schedule in order to wait for someone else to come home from work or stop early when they have to go to bed. And it certainly seems like Diggy is watching on his own timetable.

He's Still Got A Big Of A Wandering Eye

I don't think Diggy is interested in sexually harassing women or ogling them on the street, but her certainly seems appreciative of the chance to get flirty with women all summer long.

Interesting photo chosen for a #TBT. Maybe Diggy is just reminiscing about his single days. That could mean that's he's thinking wistfully about the chance to menage a-trois because he's currently in a new relationship. It's so hard to tell.

He's Still Hanging With His Bros

Diggy has met lots of new people in Paradise, but it seems like his closest relationships are still the men he met on the show, like Iggy. Diggy has had more luck with bromance so far than romance.

Bachelor in Paradise gave Diggy Moreland a second chance to find love. But even if he's not successful at finding a relationship on the show, he's found friendship, he's found fans, and he's a big fan of Ozark — Diggy is doing just fine, even if he's still single right now.

More like this
Bachelor Nation's Blake Horstmann Is Dating 'Love Is Blind' Star Giannina Gibelli
By Jake Viswanath and Radhika Menon
The Bachelorette’s James Adds Another Weird Occupation To The Franchise
By Kadin Burnett
Yes, You Can Really Charter Below Deck Med’s New Superyacht, Home
By Brad Witter
What’s New On Netflix: Lana Condor’s Ghostly Comedy & A Sexy Reality Series
By Arya Roshanian
Get Even More From Bustle — Sign Up For The Newsletter