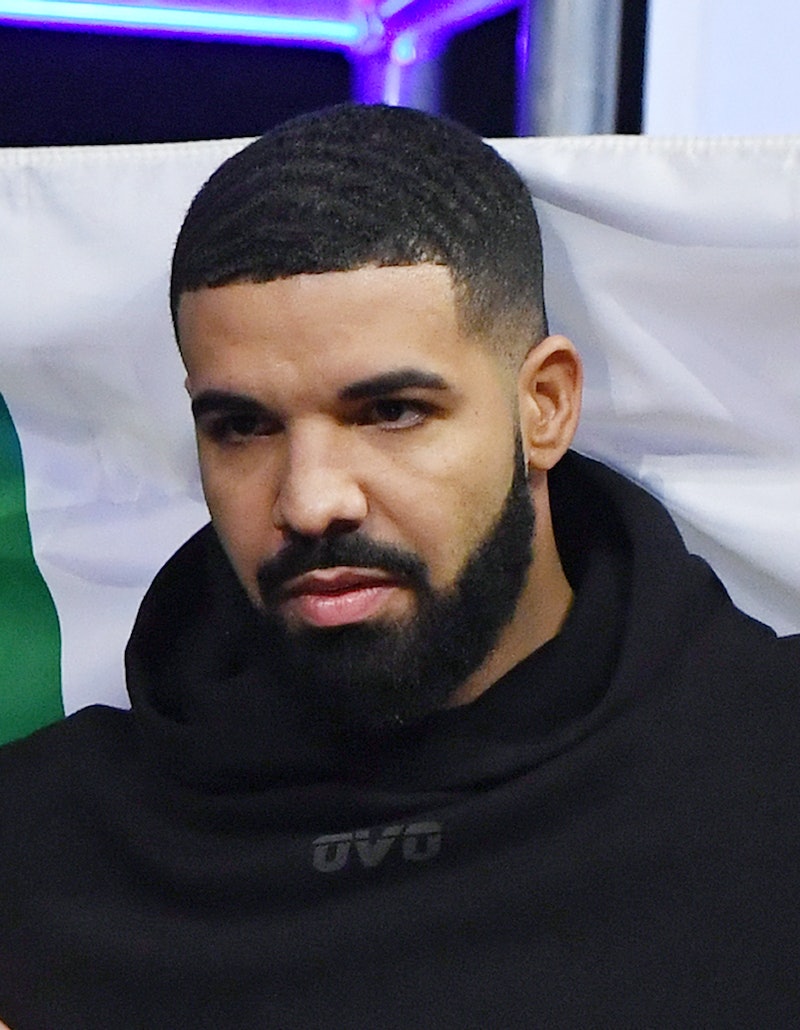 Music's biggest night will be celebrated at the 2019 Grammy Awards on Sunday, Feb. 10. So many of your favorite music artists will be attendance to collect their trophies, but will Drake be at the 2019 Grammys? The rapper is nominated in seven categories, including Record Of The Year and Song Of The Year for "God's Plan." Even though Drake is nominated, it's not entirely clear if the rapper will attend the awards show — but it was announced last week that the artist would not be performing.

UPDATE: Drake did make an appearance at the Grammys to accept his award for Best Rap Song for "God's Plan." When his name was announced as the winner, he emerged from back stage, not the audience.

EARLIER: Drake hasn't posted anything regarding his Grammys attendance via social media. However, a bunch of eagle-eyed fans posted the Grammys seating arrangement on Twitter from a Recording Academy preview video and, notably, Drake did have a seat saved for him. So the rapper may be attending, even if he is not performing on stage, but there has yet to be a Drake sighting on the Grammys red carpet.

In a Feb. 7 interview with the New York Times, Grammys producer Ken Ehrlich said Drake was among several other artists that declined performance slots on this year's awards show. Drake's rep declined to comment to the NY Times on whether or not that meant the artist would attend the show. So even though the rapper may not be performing during the Grammys, it seemed like there was a chance Drake would attend to accept any awards he won.

Although Drake won't be performing, Scott will take the stage during the Grammys and may even perform the hit song "Sicko Mode." Scott is nominated for three Grammys — in addition to the two nominations for "Sicko Mode" that he shares with Drake, Scott is also nominated for Best Rap Album for Astroworld.

After the Grammy nominations were announced in December, Scott issued a statement to Billboard which thanked Drake. "Me and Drake been working to make something so crazy for the kids," Scott said in the statement. "It's dope that one of our illest collaborations just went No. 1. I just want to thank him and the whole OVO fam for everything."

In addition to Scott's "Sicko Mode," Drake's career had a banner year in 2018. His hit single "In My Feelings" spawned a viral dance challenge, which is referenced in the music video for the song. The smash hit single helped the rapper break several Billboard chart records, including most weeks with a No. 1 for any artist, and the most No. 1 hits for any rapper. Drake was Billboard's Top Artist of 2018.

So whether or not Drake is at the Grammys, the rapper had a hugely successful year in 2018 — and he might even win some gramophone trophies to show for it on Sunday.