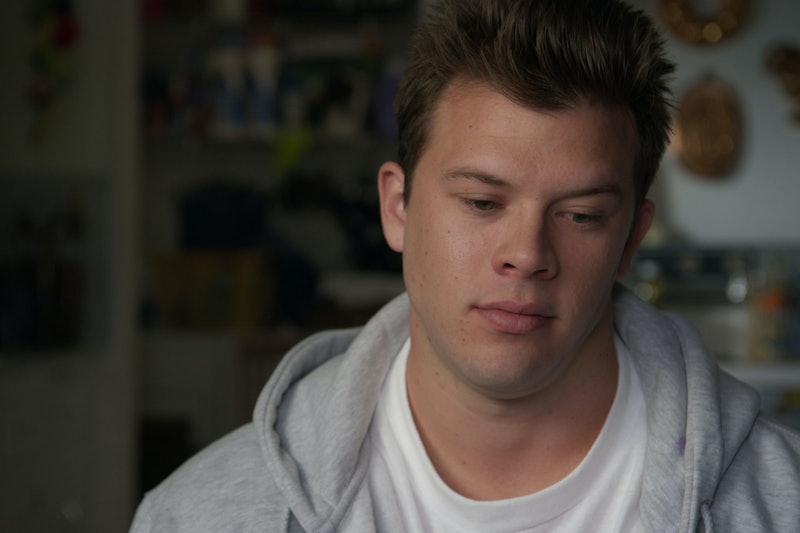 The number one suspect of American Vandal Season 1 was Dylan Maxwell. The wrongfully accused high schooler won over viewers with his boneheaded antics and detailed phallic drawings, but will Dylan be in American Vandal Season 2? The new season has Peter and Sam investigating a different crime at a different school, so that probably means no Dylan when Season 2 premieres on Netflix on Sept. 14. But Jimmy Tatro is likely doing better than his fictional character, so you can still (kind of) see Dylan outside of American Vandal.

In Season 1, Dylan was expelled from Hanover High School when it seemed he was responsible for vandalizing 27 faculty cars with drawings of penises. But through their documentary, Peter and Sam discovered it wasn't possible for Dylan to have perpetrated the crime. Dylan was reinstated at school, but his life didn't actually improve. He and his girlfriend broke up, he didn't get accepted into college, and he felt insulted by the very documentary that exonerated him. By the end of American Vandal, Dylan was arrested for spray painting a penis on Ms. Shapiro's driveway — and this time, he really did commit the crime.

American Vandal left Dylan with a pretty depressing fate — and don't expect Season 2 to show how he's doing now. Co-creator Dan Lagana explained to Vulture how they wanted to separate Season 2 from this beloved character.

"One of the questions we get most often is, 'Is Jimmy back? Is Dylan back?' We want each season to be its own crime, and we thought that even a cameo would just distract from the new case too much," Lagana said.

But don't feel bad for Tatro. He has been keeping busy since Dylan's d*ck-drawing days on American Vandal. So if you need your Dylan fix when American Vandal Season 2 premiere, here's where else you can check out Tatro.