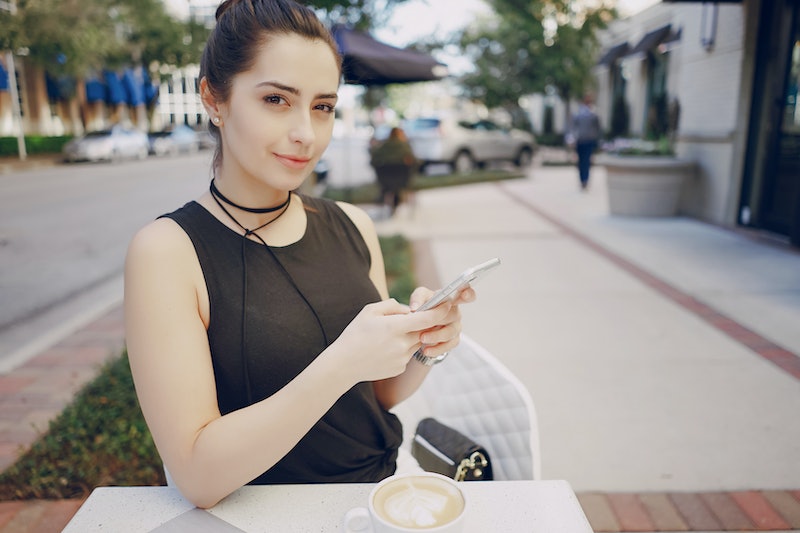 Being ghosted is the worst. Not because the idea of someone not liking you is totally unbearable, but because it leaves you hanging on and not sure what you should be doing next. It's the uncertainty that is way worse than being rejected. And yet, so many people ghost. In the digital age, it's become an annoyingly common way of getting out of a situation you're not interested in. "It takes strong integrity to face someone and tell them that they are not what you're looking for in a relationship," certified, international dating and relationship expert, Megan Weks tells Bustle. "Sometimes it’s easier to be the one being ghosted than to let someone down."

That being said, there are some times when it's OK to ghost. If someone was inappropriate, made you feel uncomfortable, or is just a general creep then you do not need to give them the time of day. If you feel like it would do you a disservice or put you in a vulnerable position by being in contact, then let it go.

But if it's just because you can't be bothered, it may be time to just face it and not flake. And figuring out what to say shouldn't be that difficult. Whether you want to to be totally honest, give an innocent excuse, or somewhere in between, there are so many ways to handle it. So there's no reason to get all tied up in knots about what you should be sending. Because sending anything is likely better than sending nothing. If you're someone who has a tendency to ghost, try to resist the urge and use these messages instead.

More like this
Are Gemini & Leo Compatible In A Relationship?
By Kristine Fellizar
35 Sexy Texts To Send Your Partner
By Griffin Wynne and Carolyn Steber
15 Types Of Relationships & How To Define Yours, According To Experts
By Madeline Howard
How To Tell If Your Partner Has A God Complex, According To Experts
By Madeline Howard
Get Even More From Bustle — Sign Up For The Newsletter