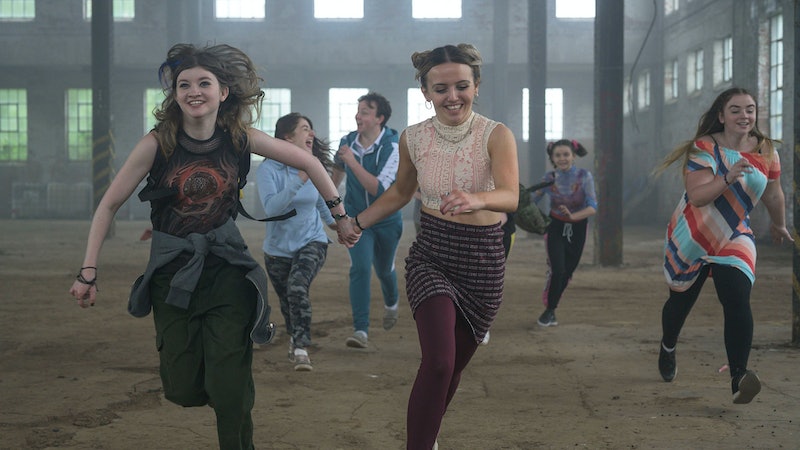 Channel 4's new series The Accident is a story of what happens when corners are cut and tragedy strikes. Set in a depressed Welsh town that has never quite recovered since the closing of the mines, the location is all too believable. But is Glyngolau a real village?

Well you guys, the town, just like the story, is made up. Despite both definitely being heavily influenced by true stories and places. The writer of the show Jack Thorne, himself from Wales, chose to base and shoot the show in the Valleys because he felt it fit for a few reasons. Reasons that he shared with Channel 4;

"There are of course lots of areas in the UK that could of worked for that but Wales felt somehow right and those valley towns are a) so beautiful and b) so economically deprived I thought it would be an interesting theme to explore."

The programme tells the tale of the town being regenerated and the exciting project set to change the face of a forgotten housing estate and neighbourhood. A project that has a real buzz about town and is providing those who live there with hope that hasn't been felt for quite some time. However, this hope turns to despair after one fateful night.

A group of teenagers, led by the daughter of the town's councillor, break into the development for a laugh on a night out. While they're messing about, a terrible explosion happens that leaves all but the councillor's daughter dead. And, although she survives, she's left with devastating and life-changing injuries.

After the initial shock and pain of what's happened hits, people begin to have questions: what happened? How did such an awful incident occur? Why were corners cut? Who made decisions that led to this? And, most importantly of all, who's to blame?

In the process of writing the script, Thorne spoke to experts on industrial disasters and really studied them in order to make the story as believable as possible. He was heavily inspired by the tragedy of the Grenfell fire. The BBC reports that a recent enquiry into the incident proved that the tower's cladding did not meet building regulations. The lack of anyone being blamed officially or charged for these horrors shocked and appalled Thorne:

"We looked into Grenfell and Aberfan and others, we had them all in front of us so Philip’s [Adrian Scarborough’s] entire list and the extraordinary thing we found was that none of them had led to anyone being in jail which was an incredible statistic."

This show portrays the difficulty of pinpointing who's to blame and the struggle for justice.