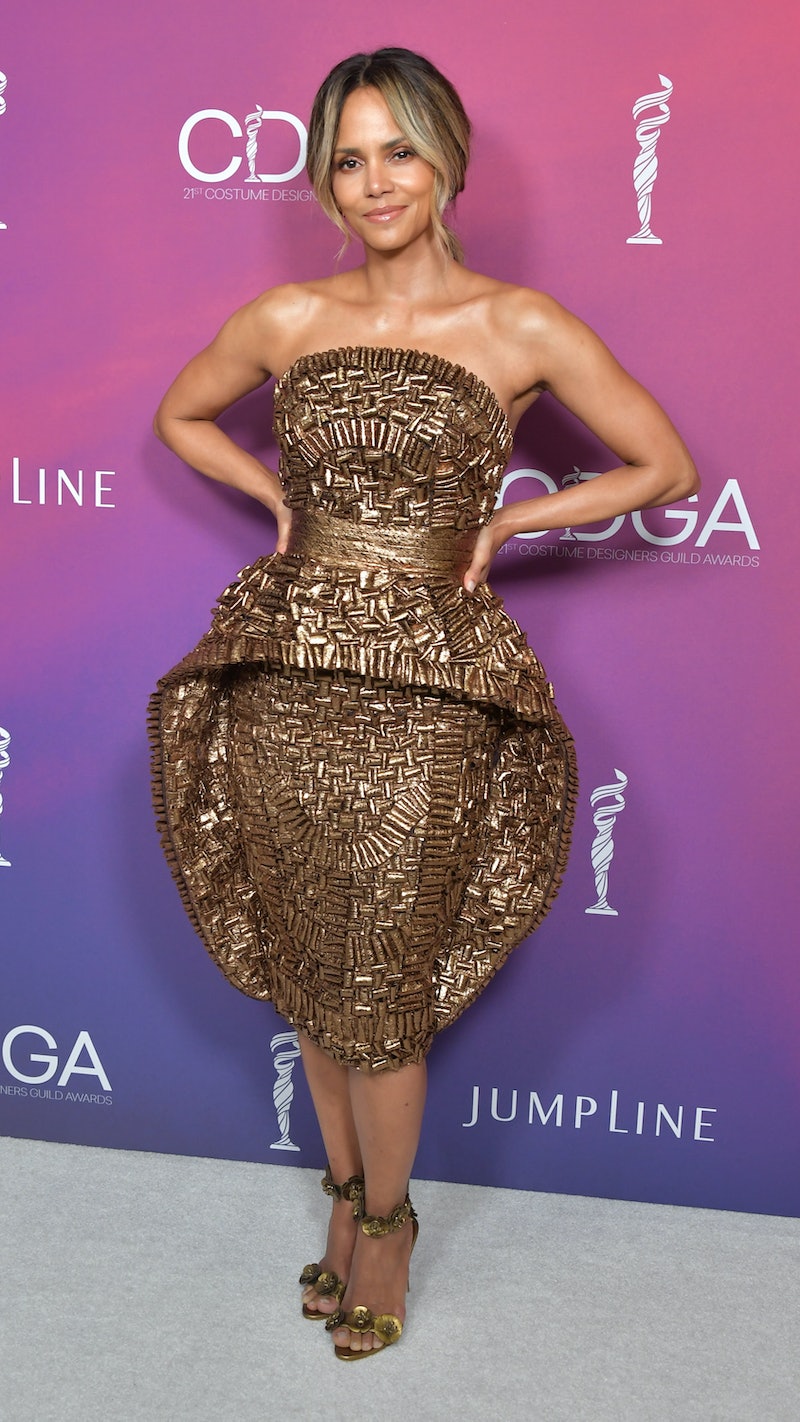 Spine tattoos could potentially be the next hot Hollywood trend. Actor Halle Berry got a huge tattoo on her back, and it's of a vine that's inked down the length of her spine. It's visually breathtaking with 13 leaves on each side of the vine, which runs from the base of Berry's neck down to the small of her back. Berry shared a shot of the tattoo on her personal Instagram.

The Academy Award winner simply captioned her image with, "Who says I'm not a mermaid?" Berry didn't tag a tattoo artist indicating who was responsible for the artwork nor did she offer any further insight into the possible meaning of the tattoo, which added to its mystique. She simply posed with her back to the camera while standing in front of a stove about to crack an egg while wearing a pink and silver sequined skirt. Overall, the image had such a fun and edgy aesthetic.

So, is Berry's black and gray ink real? Well, that remains to be seen. Her fans expressed their rampant curiosity in the comments of her post. Bustle reached out to Berry's reps for further information.

Fans will have to stay tuned in to the A-lister's Instagram to see if she posts any additional pictures of the tattoo, or they'll have to wait and see if she shows it off during any upcoming red carpet appearances.

If Berry's tattoo is indeed the real thing, it's quite a commitment and a statement. The photo isn't a closeup so you can't really get a good look at any possible detailing. But it looks really stunning from afar and on the feed.

Berry attended the Costume Designers Guild Awards on Feb. 19, wearing a geometric and strapless bronze Sebastian Gunawan Couture dress that bared her back. However, her blonde-highlighted locks were pulled into a low ponytail that covered most of the area. Therefore, you can't truly tell if she has had the tattoo then or if it's brand new. Strictly judging from the vantage point in the photo above, there doesn't appear to be a large tattoo on her back.

Berry's ink image set off a storm of comments on the Instagram post, with fans expressing their curiosity about its significance while absolutely loving the vibe of the shot. The comments were also loaded with heart eye and fire emojis, demonstrating just how much Berry's fanbase digs her ink. Most commenters seemed to think the tattoo is real. However, until or unless Berry responds otherwise, it's all speculation.

This user uttered what most fans have been thinking. They liked it and wanted to know more.

This Twitter user offered a possible alternate theory about the image and the tattoo, thinking it could be for an upcoming role.

Fans clearly have a lot of love for Berry and enjoyed seeing this sneak peek of her tattoo — real or not.