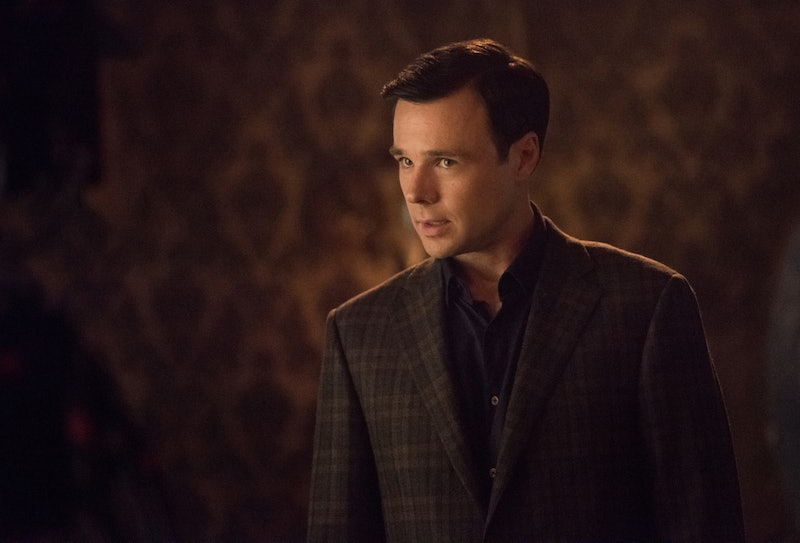 Spoilers follow for Charmed Season 1, episode 2. The season premiere of the new Charmed focused on men (and demons) trying to steal power from women. So it was particularly ominous when the episode ended with Macy, Mel, and Maggie's mom telling them not trust their Whitelighter Harry on Charmed. The second episode, "Let This Mother Out," addresses the intentions of their mysterious magical guide and shows that the Vera-Vaughns still have a long way to go when it comes to learning about their newfound powers.

Through their spirit board, Mel and Maggie believe they are able to communicate with their dead mom. While Harry doesn't know they are potentially speaking with their mom, he tells them that spirit boards are "susceptible to tricksters." And since the Underworld knows that the sisters are the Charmed ones, demons may be after them. Mel and Maggie are still hopeful that it's really their mom, but as a scientist, Macy is more skeptical. She could also be doubtful because Macy never really knew their mom since she abandoned her as a toddler. Either way, Macy's wisely suggests that they don't use the spirit board until they discover if they can trust Harry. In order to do so, Macy creates a truth serum and asks her younger half sisters to stay away from the board.

With spirit boards and truth serums involved, shenanigans inevitably ensue. Their "mom's" spirit reaches out through the board, so Mel and Maggie go against Macy's wishes and continue to speak with her. And Mel's on-again, off-again girlfriend Nico accidentally takes the truth serum instead of Harry. That's a problem for Nico's career as a detective, but she also reveals to Mel that she recently slept with her ex-fiancée.

But back to Harry — err, Meghan Markle. Mel and Maggie get a spirit version of their mom to exit the board while Macy is busy trying to get the truth out of Harry. When Macy and Harry arrive at the house, Harry immediately goes after the spirit version of Marisol, so Mel knocks him out. That's unfortunate because if he was awake, he could explain the truth about their spirit board-conjured mom.

Turns out, Harry is worth trusting because the spirit from the board is an imposter. And Maggie learns that her power of telepathy isn't as useless as she thought because she knows in her gut that this isn't her mom. She's able to help her sisters see the truth before the demon uses the prism they obtained to suck their powers.

Macy, Mel, and Maggie had every right to be suspicious of Harry since he just entered their lives. And thankfully, the whole incident with the imposter demon teaches the witches that their Whitelighter is worthy of their respect. So Harry is here to stay on Charmed, just like Whitelighter Leo in the original Charmed. (But don't expect this Whitelighter to have a love connection with any of the sisters.)

Based on how "Let This Mother Out" ends, they are going to desperately need Harry's guidance. Because he finds out that the third phase of the apocalypse — the Harbinger of Hell — has come to Earth. And with the Harbinger choosing Angela Wu as a vessel, these witches will require a Whitelighter who can not only train them, but one they can trust.