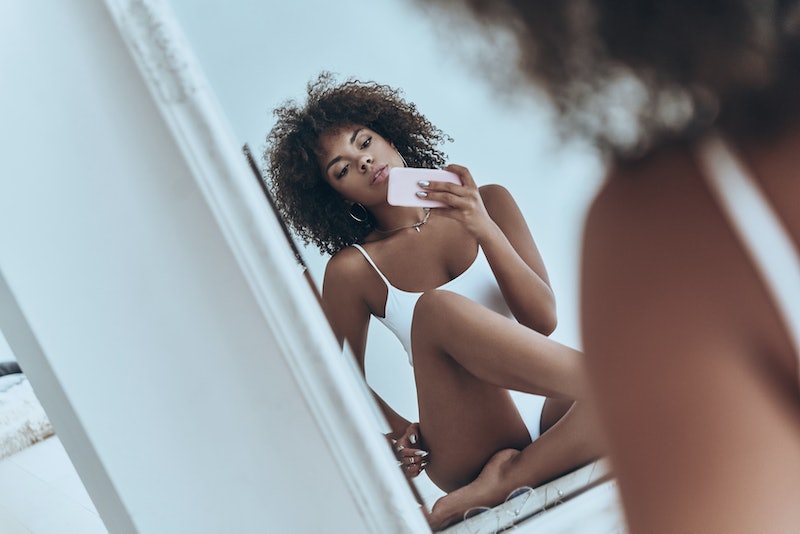 Remember that episode of Broad City when Ilana meets her doppelganger, played by Alia Shawkat, and they end up having hot, hot sex? I bring it up not because it was an exceptional moment of bisexual television (which it was) but because it’s an example of “autoeroticism.” And that, Reader, is what I suspect is going on with you.

Being turned on solely or primarily by your own self is probably not super common — humans would have died out long ago if it was — but it’s as “normal” as any other sexual preference. And, honestly, it’s time to throw out the whole idea of “normal” sex and “weird” sex. One of the amazing things about human beings is the wide range of sexual preferences and interests that can be found across our species. No one person’s sexuality is exactly the same as any other person’s — we really are unique in this regard.

The reason people so often ask if their sexual preferences and practices are “normal” (and, trust me, everyone asks this at some point) is that our culture carries a lot of shame around sex. Like filing your own taxes, most people are thrown into adulthood, not having any idea how to do it. Instead, we’re left to fumble around and figure it out on our own — usually not even able to talk to other people about it — which leads to embarrassing mistakes and a deep-seated feeling that we must be abnormal.

So, when you find yourself asking, “Is this normal?” about your sex life, remember: All consensual sexual activity, with yourself or with others, is “normal.” Period.

More like this
18 Hinge Prompt Answers To Try If You’re Looking For Something Casual
By Lexi Inks
12 Active Date Ideas That'll Get You & Your Boo Outside
By Lexi Inks
My Partner Wants Me To Wear A Diaper During Sex. Help!
By Sophia Benoit
50 Valentine’s Day Instagram Captions To Post If You’re Single
By Jessica Booth, Lexi Inks and Carolyn Steber
Get Even More From Bustle — Sign Up For The Newsletter
From hair trends to relationship advice, our daily newsletter has everything you need to sound like a person who’s on TikTok, even if you aren’t.